Biman urges reporters to be fearless 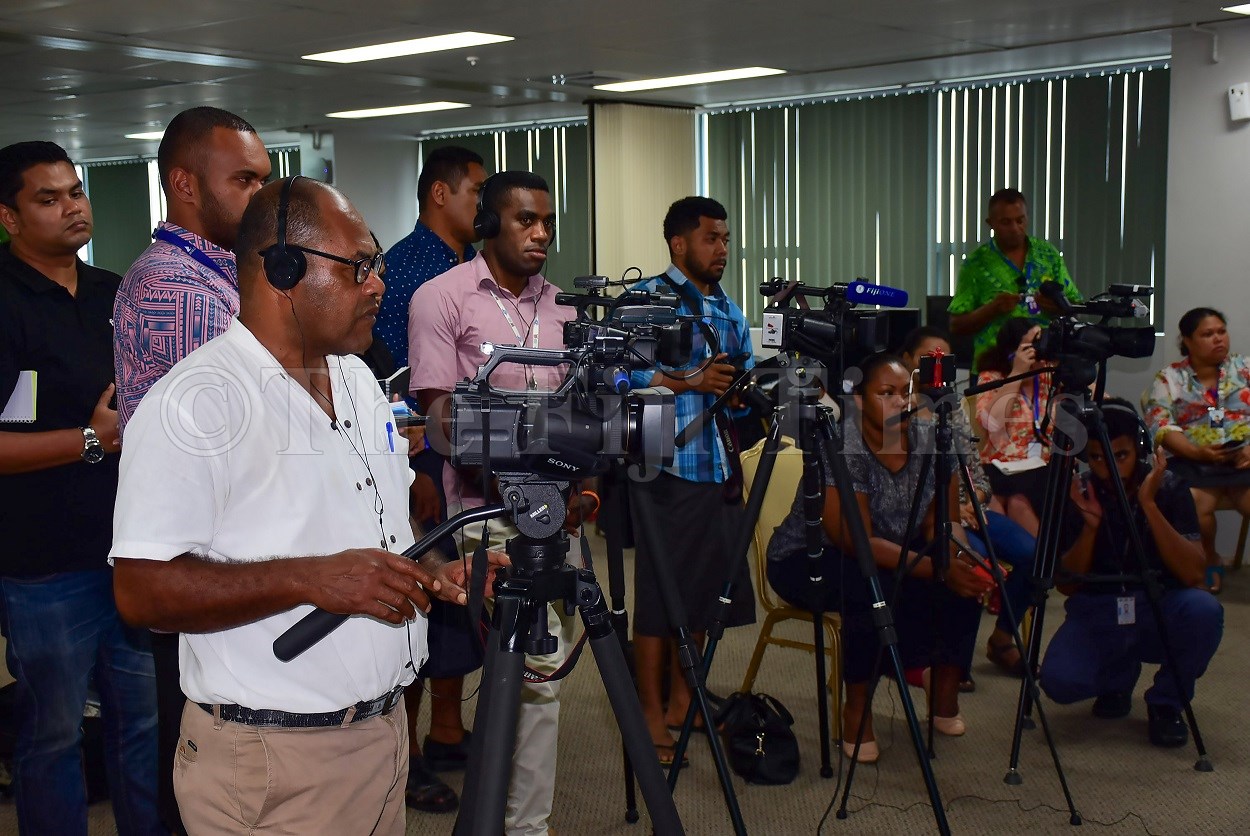 Members of the media at the Mereseini Vuniwaqa press conference in Suva, on Tues 05 May 2020. Picture: ELIKI NUKUTABU

There is no place for a partisan media in Fiji that uses media freedom as a blank cheque to perform the sole task of being a mouthpiece of Government, says National Federation Party leader Professor Biman Prasad.

In a statement to mark World Press Freedom Day, Prof Prasad urged journalists to be fearless and amplify the truth and voice of the people at all times.

He said it was critically important for the media to be impartial and amplify the voice of the people without fear, especially in an election year.

“Since September last year, the media, particularly The Fiji Times and Communications Fiji Ltd, operators of five radio stations and the vastly popular FijiVillage news site, have been repeatedly criticised by Government for amplifying the voice of the people through their elected representatives,” he said.

“The Fiji Times and CFL are simply doing what any media organisation should at all times. They are simply performing their fundamental role as an effective watchdog of government.

“They are the messenger of truth, but unfortunately the truth is unpalatable to the current Government because its broken promises and failed policies that are severely hurting the people, are being exposed.

“The Attorney-General’s statement in Parliament on 24th September last year, while agreeing to the tirade against The Fiji Times and CFL by Assistant Minister Selai Adimaitoga for the media to declare which political party they support in their editorial policy, is the clearest indication of Government preferring a pro-FijiFirst and partisan media in the country.

“Instead, Government must fully adhere to article 19 of the Universal Declaration of Human Rights which states, ‘Everyone has right to freedom of opinion and expression’.

“This right includes freedom to hold opinions without interference and to seek, receive and impart information and ideas through the media regardless of frontiers. “This freedom and right are reposed in the people, which the State and politicians must respect at all times. “Therefore, it is totally wrong and unethical for Government or anyone to launch a tirade against the media organisation and their news director or editor-in-chief else just because they don’t like the media amplifying the truth and voice of the people without fear. “Do the right thing – shoot the message, not the messenger.”