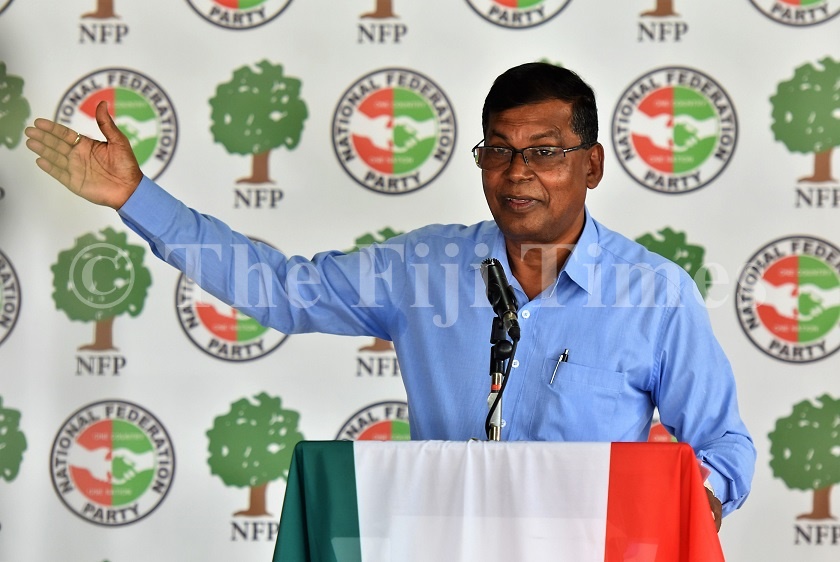 He said this at a media conference at the NFP headquarters while responding to comments made by Attorney-General Aiyaz Sayed-Khaiyum on September 9 during a media event in Suva where he attacked Prof Prasad.

The NFP leader said extracts from the A-G’s news conference were posted on the Fijian Government Facebook page.

“FijiFirst has decided to abuse all norms, including taxpayers’ funds to do as it pleases. The Fijian Government is not a registered political party. FijiFirst is.

“For now, it is the party in Government. But government resources should work for the people. A government platform — be it social media, radio or television or whatever — must not promote those who lead the government or politicians in it. But now the taxpayers are paying for FijiFirst politicians to be promoted, including attacks on Opposition parties.”

He said the bigger question was why wasn’t the FijiFirst party publishing everything political on its own Facebook page.

“Is it because nobody goes to that page? Only a government clutching at straws will do it.”