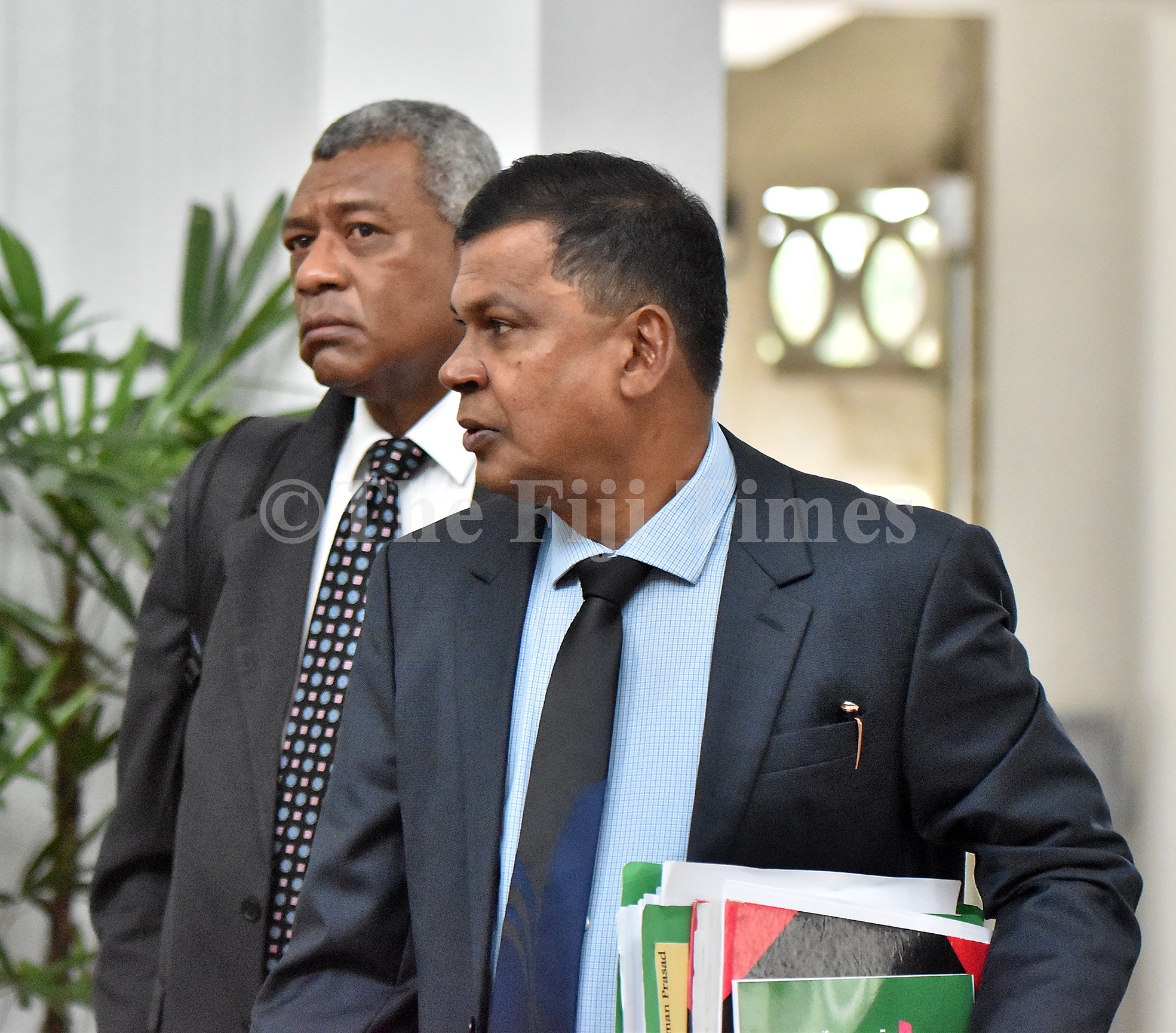 GOVERNMENT members of Parliament will continue to “dodge like a bullet” the allegations of assault against Prime Minister Voreqe Bainimarama, Parliament was told on Friday.

Prof Prasad said even though the video of the alleged assault by Mr Bainimarama had appeared all over social media, Government MPs would pretend the incident never happened.

Prof Prasad said the Opposition had asked why the matter was sent to the privileges committee when it was not supposed to be there in the first place.

He said it was a reflection of the people in power.

“The assault of another MP (was) by the Prime Minister of this country, surrounded by armed bodyguards as well as backup security and police officers on duty in Parliament, as well as two MPs,” he said.

“The incident happened in broad daylight in the Parliament precinct.

“The video is already on social media, hundreds and thousands of people have seen it, it has appeared on international media, making it on the news in Australia and New Zealand, all of them done their analysis and concluded it was an assault.”

It is alleged that Mr Bainimarama on August 9 manhandled Mr Tikoduadua outside Parliament after a heated debate on a motion to establish a committee to oversee the issue of hard drugs in Fiji.

Mr Bainimarama had claimed in Parliament that he was personally attacked by Mr Tikoduadua.

The committee returned with recommendations that both MPs immediately apologise to Parliament or face six months’ suspension.

Mr Tikoduadua said he would not apologise.

He has been suspended for six months.