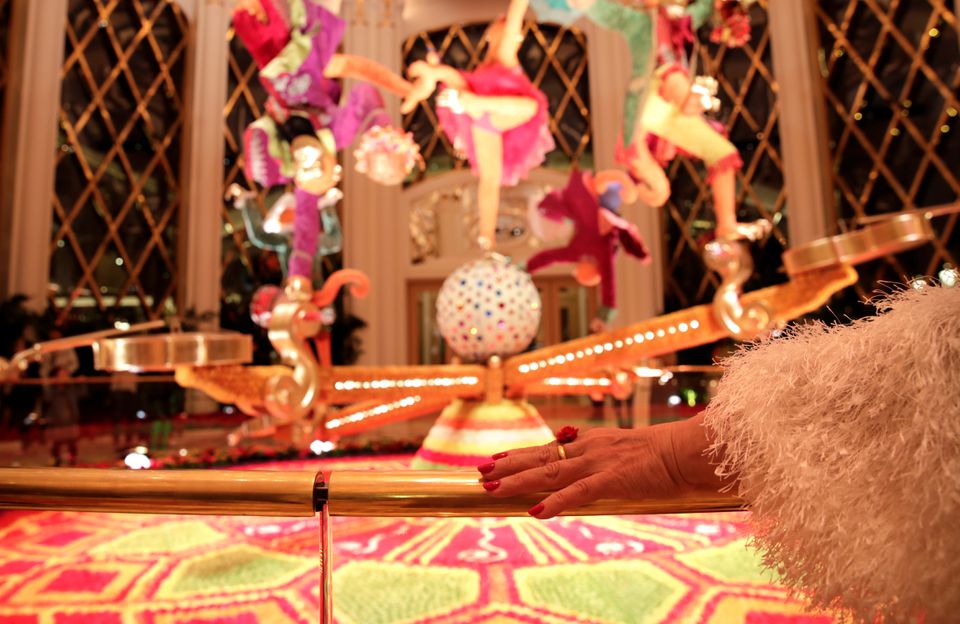 A woman rest next to the decoration inside the Wynn Palace casino resort in Macau, China December 20, 2019, on the 20th anniversary of the former Portuguese colony's return to China. REUTERS/Jason Lee

Macau casino operator stocks plummeted by as much as a third on Wednesday, losing around $14 billion in value, as the government kicked off a regulatory overhaul that could see its officials supervising companies in the world’s largest gambling hub.

With Macau’s lucrative casino licences up for rebidding next year, a government proposal to revise the city’s gaming law spooked a Hong Kong market already slammed hard into the red by a broad Beijing regulatory crackdown, across sectors from technology to education and property, that has sliced hundreds of billions of dollars off asset values.

The slump came after Lei Wai Nong, Macau’s secretary for economy and finance, late on Tuesday gave notice of a 45-day consultation on the gambling industry starting Wednesday, saying there were still some deficiencies in industry supervision.

Beijing, increasingly wary of Macau’s acute reliance on gambling, has not yet indicated how the licence rebidding process will be judged.

Some Hong Kong stock analysts wasted little time in downgrading their view of the near-term prospects for casino operators in the Chinese special administrative region. All are required to rebid for licences when current permits expire in June 2022.

At J.P. Morgan, analyst D.S. Kim said the bank was downgrading all Macau gaming names from overweight to neutral or underweight due to heightened scrutiny on capital management and daily operations ahead of licence renewals.

“We admit it’s only a ‘directional’ signal, while the level of actual regulation/execution still remains a moot point,” he said, adding that the announcement would have already planted a seed of doubt in investors’ minds.