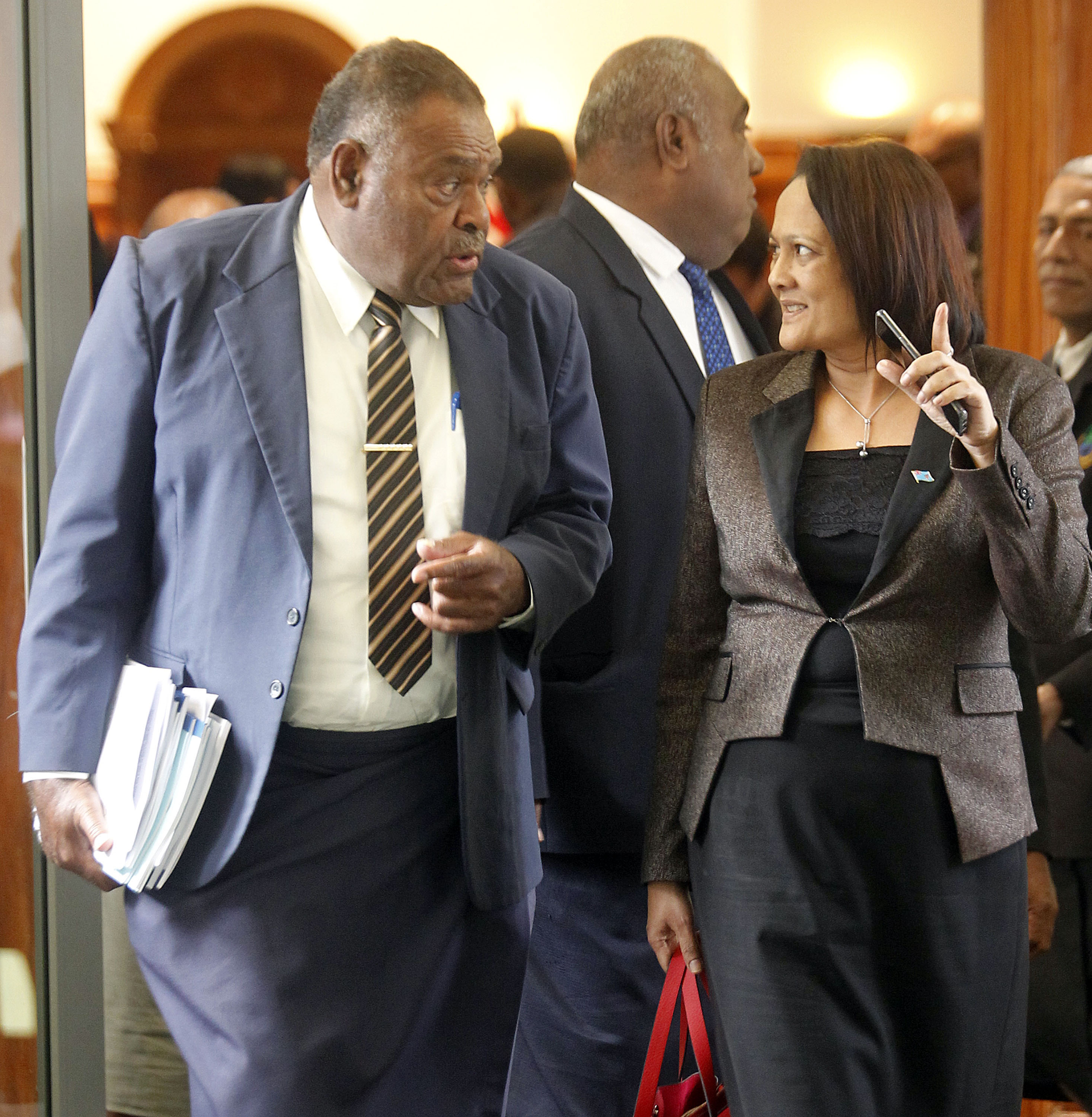 Opposition member of parliament Mikaele Leawere talks to the Minister for Health and Medical Services, Rosy Akbar after the Parliament sitting on May 14, 2018. Picture ATU RASEA

THE Community Based Correction Bill 2016 if passed will be an alternative option used by the Fijian Government to decrease re-offenders and rehabilitate offenders.This was the comment by the chairman of the Parliamentary Standing Committee on Justice, Law and Human Rights, Ashneel Sudhakar while tabling the Committees report on the Bill in Parliament yesterday.

Mr Sudhakar said taxpayers currently paid $55 per inmate per day which meant that taxpayers pay an average $20,000 per annum for someone who has been sentenced to a year.

He said that if there were 1000 inmates, tax payers would be paying $20 million per year for these inmates.

“Thus, the introduction of the Community Based Correction Bill 2016 is a piece of legislation that aims to legislate community-based sentence option for courts in Fiji,” he said.

Mr Sudhakar said if a member of the public was found guilty of stealing a loaf of bread or a can of tuna and if the person was sentenced to one year imprisonment, this would mean tax
payers paying $20,000 for a crime that is deemed as a minor offence.

“However, the Bill empowers the court in appropriate cases to hand the offender an alternative sentence such as community work such as weeding in the local cemetery or clearing the drain,” he said.

“The court will be empowered to treat each case by its own merit.”

He said the Bill also ensured the views of the victim of crimes was considered by making the victim’s impact assessment made compulsory and to be delivered in court before sentencing.

“However, the current laws are outdated and do not provide vital provisions which have concrete effect on this initiative. Therefore, the Fijian Government got the assistance of local and international experts in correction programs to try and fi ll this gap,” he said.

He said UNICEF and the Department of Welfare under the Ministry of Women, Children and Poverty Alleviation assisted the Government in the “bold venture”.

He said some of the pertinent areas that the Bill addressed were as follows: