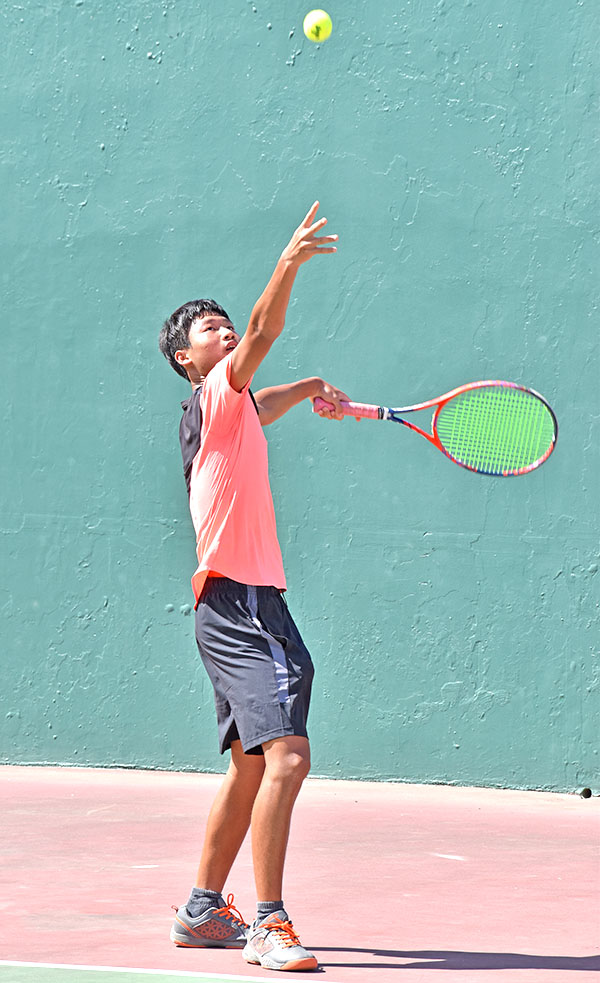 SAIPAN, 09 MAY 2019 (SAIPAN TRIBUNE) – This year’s Northern Marianas Junior Championships will be a bigger one, as each draw of the girls and boys singles will have a maximum of 48 players.

“This is good because we do not only get to see more off-island players, but we will also give slots to more CNMI junior players,” Race said.

For the past several years, the Grade 5 event’s limit in singles play is 32.

As of Monday, 35 players have made it to the acceptance list of the tournament that will run from May 20 to 26 at the Pacific Islands Club Saipan hard courts and ITF is still receiving inquiries from players around the world. The boys division so far has 42 and if the number reaches over 48, a qualifying tournament will be held.

South Korea and world No. 483 Yunseok Jang leads the acceptant list in the boys division, while the two next best-ranked players in the group are both from Chinese-Taipei—No. 604’s Nan Hsun Lin and Yen-Hsun Lin.

Other players on the list are from Japan, the Philippines, Germany, Australia, the U.S., Sri Lanka, China, and Singapore. The CNMI’s Robbie Schorr, Ken Song, Jun Wang, Sean Lee, Seung Hyun Kim, and Jimin Woo are also on the acceptance lineup.

In the girls division, Japanese and world No. 565 Manami Ukita is on top of the list, followed by Hong Kong and No. 620 Chui Kei Long and China and No. 647’s Zijun Jiang.

The Commonwealth’s Tania Tan, Malika Miyawaki, and Maria Gregoire will also compete in the ITF Juniors event along with other Japanese bets and players from South Korea, Chinese-Taipei, Zimbabwe, India, the Philippines, and Australia.

The champion in the singles event will earn 30 world ranking points, while the doubles winners will get 25.