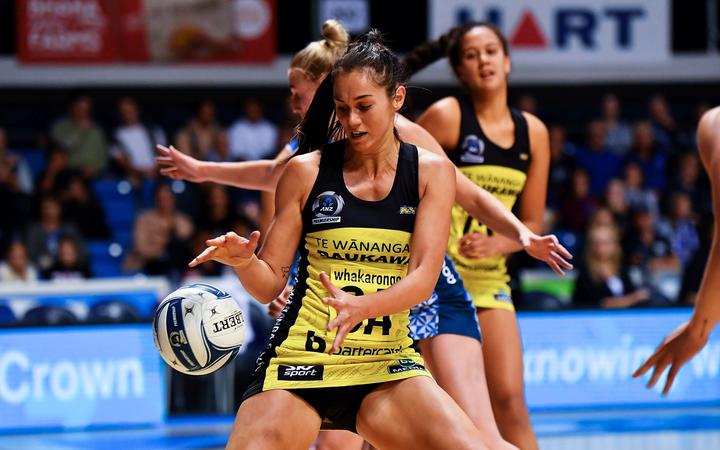 Netball fans are able to watch Silver Fern star Ameliaranne Ekenasio in action for the Pulse in the ANZ Premiership. Photo: PHOTOSPORT

There’s been a big increase in the number of netball fans across the world live streaming New Zealand’s ANZ Premiership games.

Netball New Zealand was able to get the league back up and running within weeks of the country coming out of the Covid-19 enforced lockdown.

The United Kingdom’s Superleague season was cancelled in late May due to the pandemic.

And with Melbourne going back into lockdown and the impact that will have on Victoria’s two Suncorp Super Netball teams, the August 1st start for Australia’s competition is looking precarious.

So starved netball fans are turning to the only active elite netball league in the world right now.

This is the third year people outside of New Zealand have been able to live stream ANZ Premiership games and David Cooper, Head of Commercial at Netball New Zealand said there had been a big jump in numbers.

“The lift has been significant right across the globe really. There’s over 100,000 viewers globally that have watched the 2020 ANZ Premiership, which is probably two and a half times where we would have normally been at this point in the competition,” said Cooper.

“I think if we remain at the same growth we’ve been getting over the last couple of rounds we will have more people at the end of this weekend watching, that watched the whole of 2019.”

And those numbers are just the live streaming figures.

Netball New Zealand uses a global online streaming company, which also provides those matches on demand for people who aren’t necessarily in a good time zone to watch.

“Primarily our audience comes out of Australia, the UK, and South Africa and other areas where netball would be seen as being a dominant sport. But then we’ve also got a number of other interesting places – Lithuania, Monaco, and even Iceland where we’ve had three people view the ANZ Premiership.

“Australia is our largest audience, obviously the time zone works really well for them and they’re at around 57 percent of what we have watching it live so there’s a significant uptake from our neighbours.”

With the ANZ Premiership at the centre of the netball universe right now, can Cooper see opportunities to get more mileage out of that?

“Absolutely, we’ve also got the privileged position at the moment of the success from last year around winning the World Championships so there is opportunity for us to grow the awareness of netball as a sport globally. But also obviously the Silver Ferns, our own ANZ Premiership and what netball in New Zealand looks like.”

Planning is underway for a Cadbury Series later this year to give the Silver Ferns some good competition, which could involve the New Zealand Men’s team.

It’s hoped a Constellation Cup series can be played against Australia if a trans-Tasman border opens up.

“Slightly different arrangements at times because of linear broadcast deals that we have as well but predominantly going out to all those countries at some point in time.”

The Mainland Tactix will meet the Northern Stars in the first game of the decentralised matches on the 30th July at Christchurch’s Horncastle Arena.

Cooper said they put tickets on sale yesterday and half the venue had been sold out in the first 24 hours.

“Really good support from our fans. We’ve seen that in terms of just local viewership has been consistently strong with quite a significant growth in streaming through Sky Sport Now and Sky Go.

“But we’re really looking forward to getting back out to the fans when we get to week seven, eight, and nine and having those home crowds come along and cheer their teams.”

Playing the first half of the revised competition out of the 500 seat Auckland Netball Centre, Netball New Zealand will also be looking forward to more ticket sales and revenue coming in.