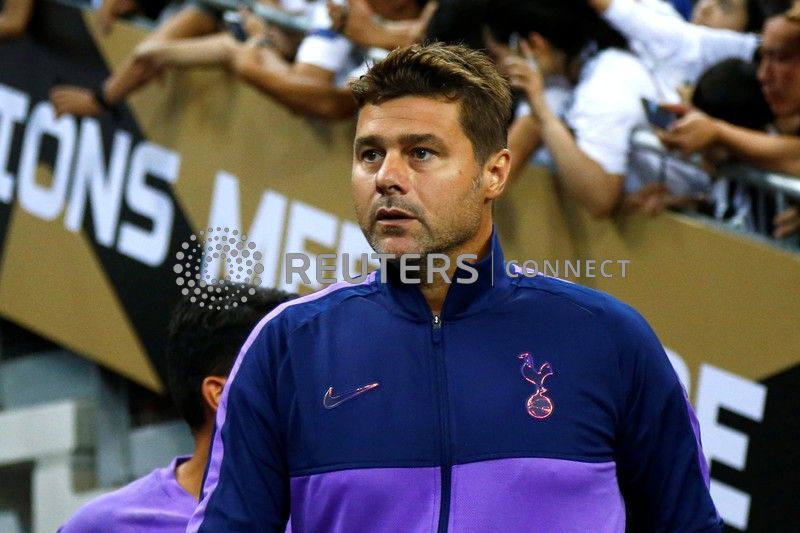 LONDON (Reuters) – The Premier League has made a big mistake in closing the transfer window before its European counterparts, Tottenham Hotspur manager Mauricio Pochettino said on Friday.

England’s top flight clubs can no longer sign new players after the deadline expired on Thursday, but those in Italy, Spain, Germany and France can still strengthen their squads.

Tottenham midfielder Christian Eriksen and defender Toby Alderweireld both have only a year left on their contracts and Eriksen in particular is on the radar of Real Madrid.

Should a sizeable offer come in before the La Liga window closes, the influential Dane could depart, leaving Pochettino with a hole in his squad that cannot be filled until January.

“I’m more than happy with my squad after we close the window in England,” Pochettino, whose sixth season in charge begins on Saturday at home to Aston Villa, told reporters.

“But of course we are at a disadvantage to the European clubs, because they have 20 days more to operate and that’s a big mistake by the Premier League to allow that.

“At one time it was good because you are going to start the season (knowing your squad), but we have opened the door to clubs in Europe to try to create confusion in your squad.

“I think after two seasons operating in this way I think the Premier League should think if Europe doesn’t change we must go back to operate in the same way that they operate.”

Pochettino said the matter is especially relevant for English clubs competing in the Champions League and Europa League.

Transfer windows in Spain, Germany and France close on Sept. 2, with Italy closing theirs on Aug. 18.

One player who will not be going anywhere is Brazilian Lucas Moura, who has signed a new contract until 2024. Moura, who joined in January 2018, was Tottenham’s most recent signing until this close season when the club returned to the market ahead of the new campaign.

With Tottenham also starting the campaign in their new 62,000-seat stadium, there is optimism that the club, who finished fourth last year and reached the Champions League final, can try to close the gap to Manchester City and Liverpool.

“In every single season our opponents were adding quality and of course for us, in the last three seasons when we didn’t invest too much, so to add new faces always motivates and adds spark to our team,” Pochettino said.

“It creates excitement in the club, in the fans. We will start the season in the new stadium so there are a lot of positives. But we have to be ready for another exciting season.”