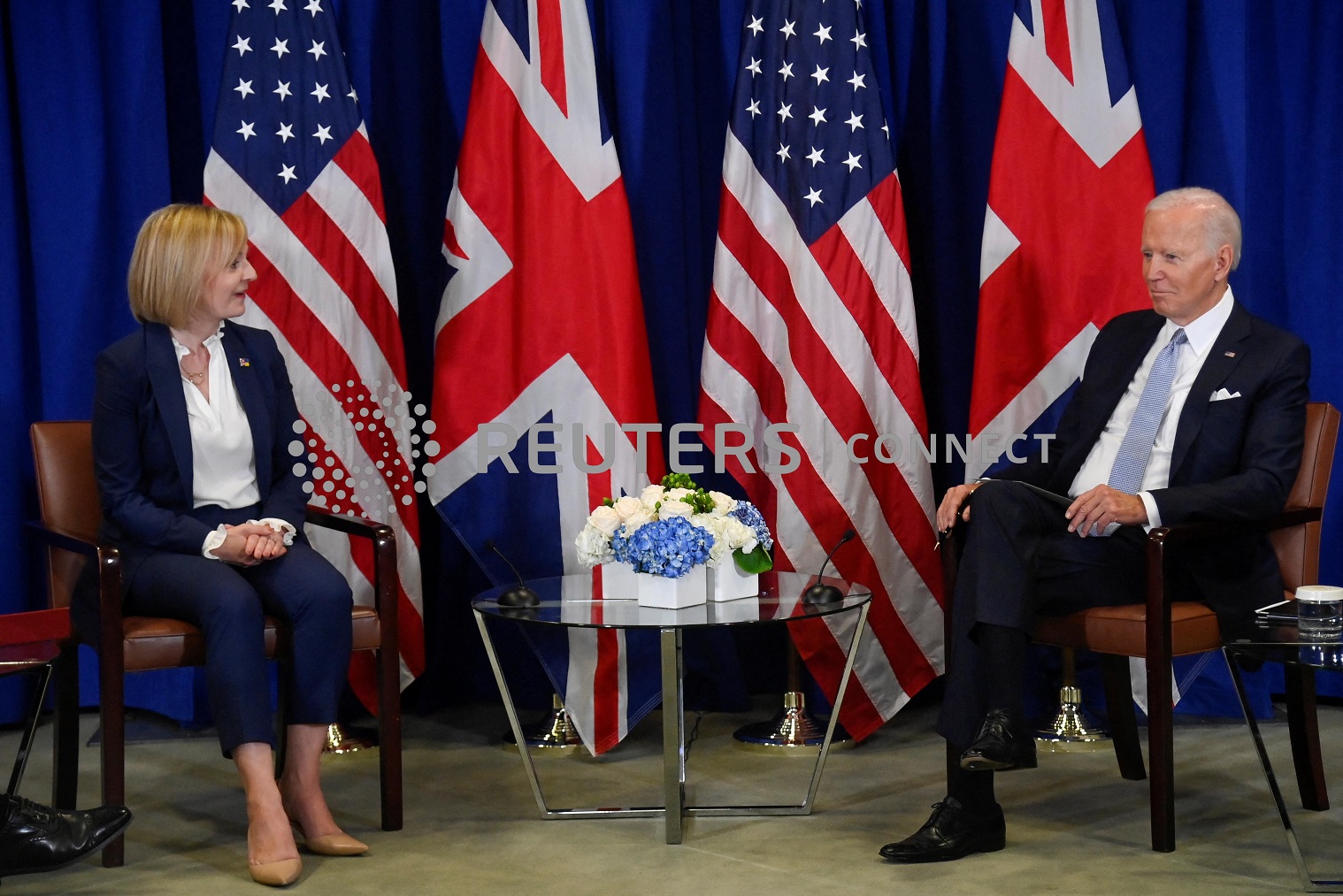 UNITED NATIONS (Reuters) – U.S. President Joe Biden and British Prime Minister Liz Truss met in person for the first time on Wednesday and said they want to ensure the 1998 Good Friday Agreement that brought peace to Northern Ireland is protected.

Biden and Truss, meeting only days after the funeral of Queen Elizabeth, sat down for discussions that also covered Ukraine on the fringes of the United Nations General Assembly in New York.

“We both are committed to protecting the Good Friday Agreement in Northern Ireland. I’m looking forward to hearing what’s on your mind and how we can continue to cooperate,” Biden told Truss ahead of their talks.

Truss told him: “And of course, I’m looking forward to discussing the Belfast Good Friday Agreement, and how we make sure that’s upheld into the future.”

Despite her assurances, the two leaders are trying to avoid tensions over Northern Ireland.

As a member of parliament, Truss introduced legislation to undo the Northern Ireland Protocol, which was part of Britain’s withdrawal agreement from the European Union. It prioritized protecting the Good Friday Agreement, or Belfast Agreement, for peace in the British-run region.

Biden has been insistent that Britain do nothing that could endanger a quarter century of peace in Northern Ireland.

On Ukraine, both Truss and Biden agreed that Russian President Vladimir Putin’s actions highlight the need for allies to continue their economic and military support to Ukraine, Truss’s office said.

Putin ordered Russia’s first wartime mobilisation since World War Two on Wednesday during a televised address in which he also announced moves to annex swaths of Ukrainian territory and threatened to use nuclear weapons to defend Russia.

“The leaders condemned Putin’s recent belligerent statements on Ukraine,” said a spokesperson for Truss, who took office just over two weeks ago.

“They agreed his actions highlight the need for allies to continue their economic and military support to Ukraine.”

They also agreed to step up efforts to reduce energy dependence on Russia, the official said.

A White House statement said the two leaders vowed to continue close coordination on global challenges, “including support for Ukraine as it defends itself against Russian aggression, addressing challenges posed by China, and securing sustainable and affordable energy supplies.”