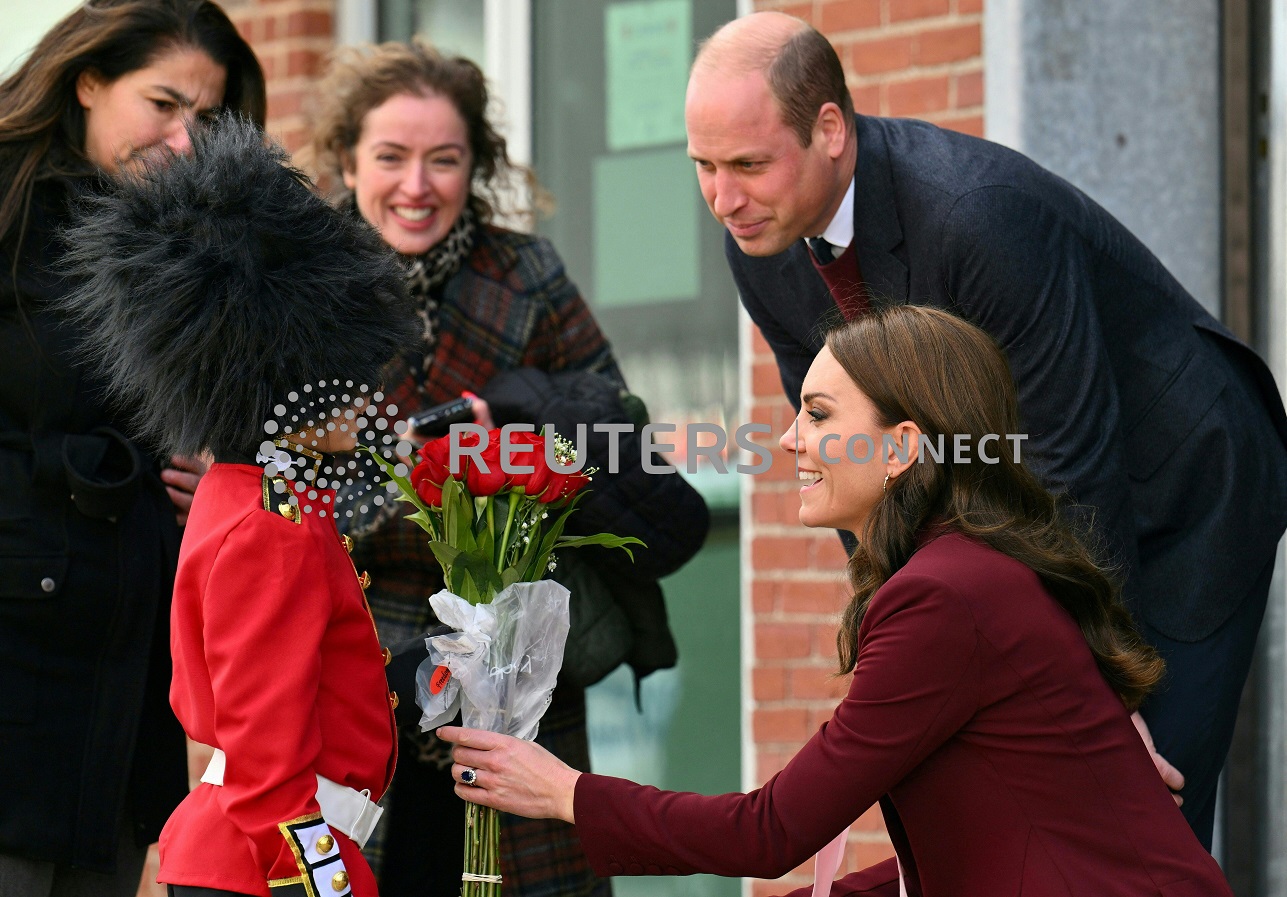 Prince William, Prince of Wales and Catherine, Princess of Wales receive flowers from Henry Dynov-Teixeira, 8, as they depart Greentown Labs, which bills itself as the world's largest climate technology startup incubator, in Somerville, Massachusetts, December 1, 2022. Angela Weiss/Pool via REUTERS

“The president intends to greet the Prince and Princess of Wales when he is in Boston. We are still finalizing and working through the details,” White House Press Secretary Karine Jean-Pierre said at a briefing on Wednesday.

Prince William and his wife Kate will be in the United States for their first visit in eight years. It is their first overseas excursion since the death of Queen Elizabeth