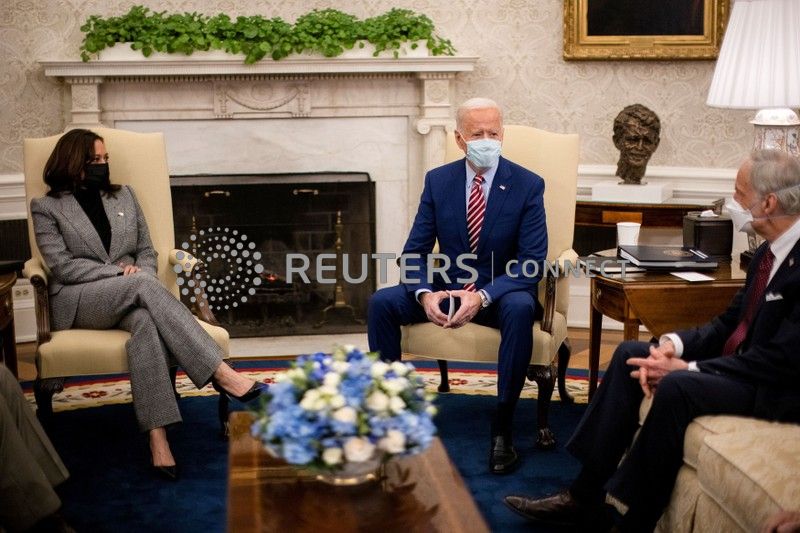 WASHINGTON (Reuters) – President Joe Biden met on Thursday for more than an hour with a bipartisan group of lawmakers on the White House’s planned pursuit of a massive jump in spending on projects to restore crumbling U.S. infrastructure.

The big hurdle, as it has been for more than a decade, remains how to pay for trillions of dollars in new spending when neither Congress nor lawmakers have been willing to raise taxes or find new sources of revenue.

Biden said at the beginning of the meeting that he aimed for the United States to “once again lead the world across the board in infrastructure” and said doing so “makes us a hell of a lot more competitive around the world.” The White House has declined to say how much Biden will seek to spend on infrastructure or how he would pay for it.

DeFazio said after the meeting that Biden “wants to move as quickly as possible. He wants it to be very big and he feels that this is the key to the recovery package.”

Graves said the infrastructure plan must be bipartisan and that a funding mechanism was needed.

“It cannot be a ‘my way or the highway’ approach like last Congress,” Graves said, referring to previous Democratic legislation. “A highway bill cannot grow into a multi-trillion dollar catch-all bill, or it will lose Republican support.”

Biden last month met with a bipartisan groups of senators on infrastructure.

Democrats narrowly control both the House and Senate. Biden’s Republican predecessor Donald Trump failed to agree with lawmakers on a major bill to repair and replace aging and dangerous bridges, airports, water pipes and other projects.