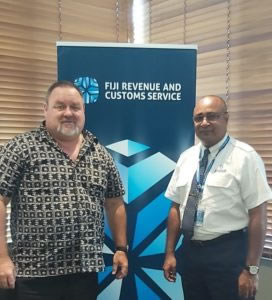 Co-ordination between border and law enforcement agencies needs to be strengthened to fight against transnational organised crimes.

This was according to the Oceania Customs Organisation (OCO) head of secretariat, Richard Brennan during a regional workshop which was part of the annual capacity building activities conducted by OCO.

This was to create awareness and to better equip members with knowledge on the exploitations which were taking place by organised crime groups (OCGs) in the region, which disrupt legitimate businesses.

Mr Brennan said the more knowledge OCO members had of organised crimes, the better they would be in catching criminals and disrupting transnational crimes.

“Criminals are very creative and we need to be up to date with trends and have the necessary resources to stop the infiltration of our borders with illicit drugs, contrabands and other banned materials,” he said.

“OCO works with partners to build the capacity of our members in this area and that is why we had the regional workshop on criminal business infiltration.”

He added the Forum Leaders have already stated in the Boe Declaration and the action plan, their aggrieved agenda on the negative impact of transnational crimes in the region.

“The Boe Declaration has spelt out some of the demanding areas of interest that needs urgent attention and a practical resolution with a regionalism approach.”