Bid to save energy 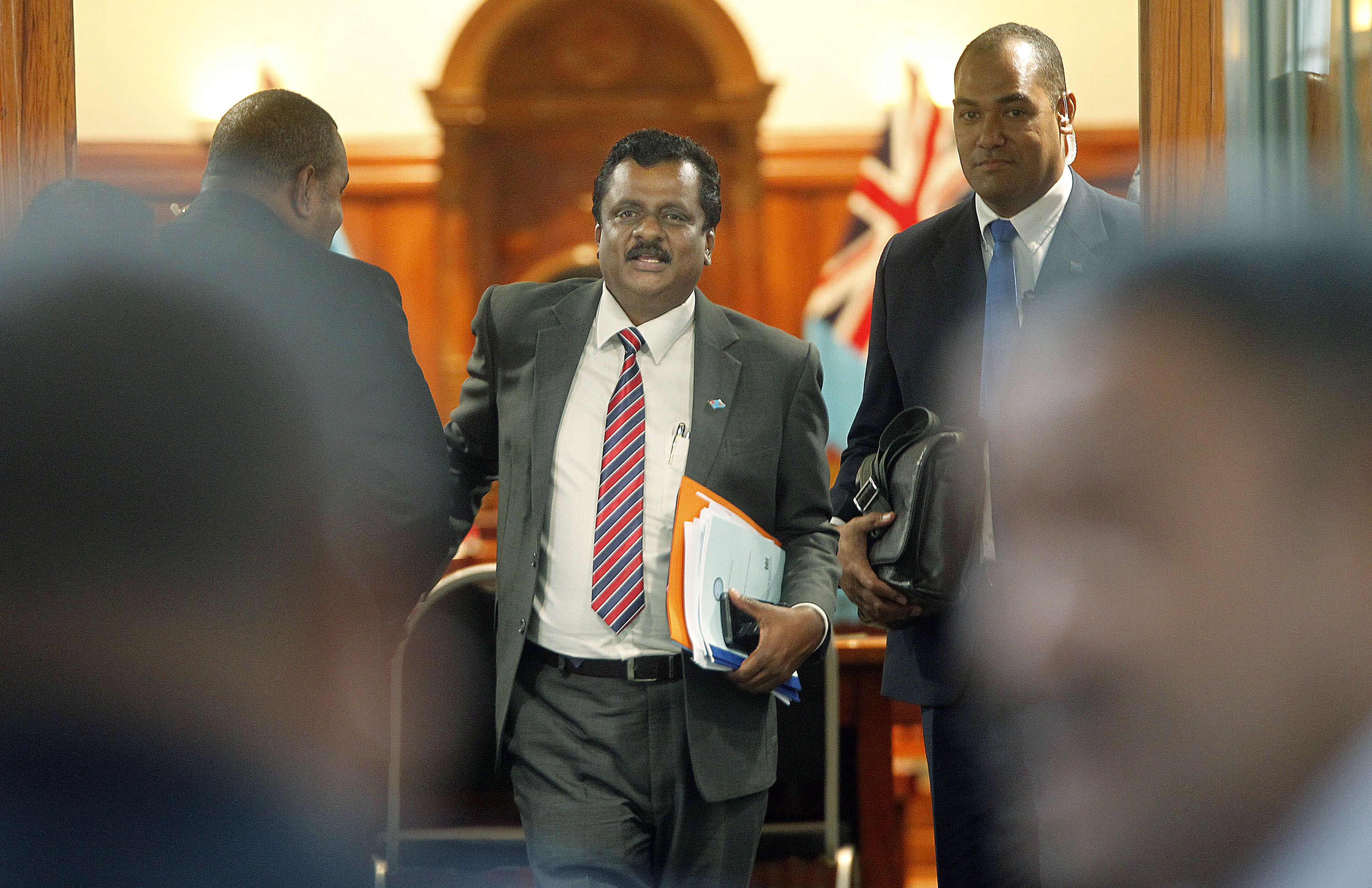 Minister for Local Government, Housing and Environment, Parveen Kumar walks out from parliament after the sitting May 14. Picture ATU RASEA

He said part of Government’s future plans of saving energy is for individual to generate electricity and then be able to sell that to the EFL grid. Dr Samisoni had asked Mr Sayed-Khaiyum if EFL
had options for people to have solar systems in their homes.

Mr Sayed-Khaiyum said Government had three major initiatives to help achieve its mission of reduction carbon emissions by 30 per cent by year 2030.

He said the initiatives were to reduce fuel dependency through using more renewable energy, better and efficiency transportation systems such as hybrid system and increasing efficiency in the energy sector.

“We should be able to ban equipment that does not have greater level of efficiency in usage,” Mr Sayed- Khaiyum said.

Those earning above $30,000 or non-subsidised account holders are offered 150 non-voting shares.

“The basis of offering differential on share allocation is to empower and enrich people with low socioeconomic status,” Mr Sayed-Khaiyum said.

“Those households that we have given their shares now will receive more shares than those who earn more than $30,000.”