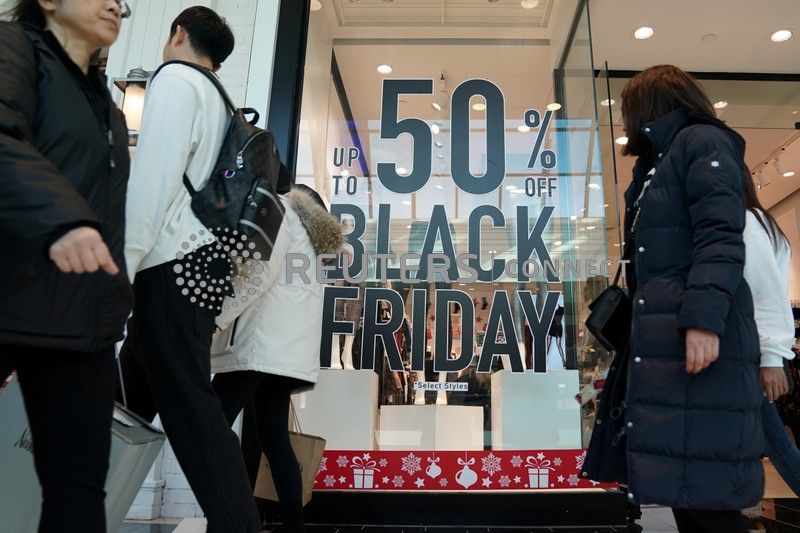 FILE PHOTO: People walk through the King of Prussia mall, one of the largest retail malls in the U.S., on Black Friday, a day that kicks off the holiday shopping season, in King of Prussia, Pennsylvania, U.S., November 29, 2019. REUTERS/Sarah Silbiger/File Photo

VATICAN CITY (Reuters) – Pope Francis on Sunday urged people to resist the excesses of consumerism in the period leading up to Christmas, calling it a virus that attacks faith and offends the needy.

“When you live for things, things are never enough, greed grows, other people become obstacles in a race,” he said in the homily of a Mass, decrying that in many places in the world today “consumerism reigns supreme.”

Francis spoke between the two biggest shopping days of the year in rich countries such as the United States – Black Friday and Cyber Monday. Online sales in the United States reached $7.4 billion on Friday, up nearly 20% from last year.

The pope said “consumerism is a virus that corrodes faith” because it makes people forget “the brother who knocks at your door”.

He urged people to “resist the blinding lights of consumerism, which will shine everywhere this month” leading up to Christmas.