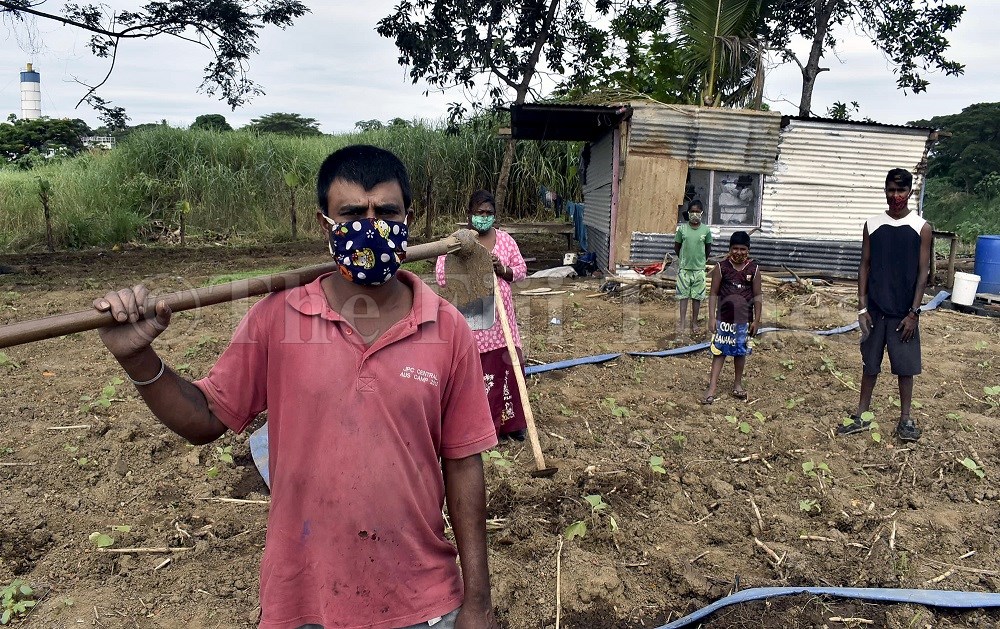 It has been almost two weeks since Nadi market vendor Dinesh Ram and his family of six have been locked out of their Nawaka home.

The Fiji Times found the family working on their farm located at Kerebula, Nadi.

“We came here two Fridays ago with the intention to plant some vegetables and stay at our farmhouse and then return home after the weekend,” Mr Ram said.

“Little did we know that the Nawaka community would be put on lockdown.”

Mr Ram said he could not sell his produce at the Nadi market as Nawaka residents were not permitted to enter the market.

“If I go back in to Nawaka, I will not be able to come out nor can I go and sell my produce at the market.

“I had more than $300 worth of fresh produce that was left behind in the market and that has gone to waste.”

Mr Ram said he decided to grow and sell vegetables on a piece of rented land because of the costs involved in buying produce from middlemen.