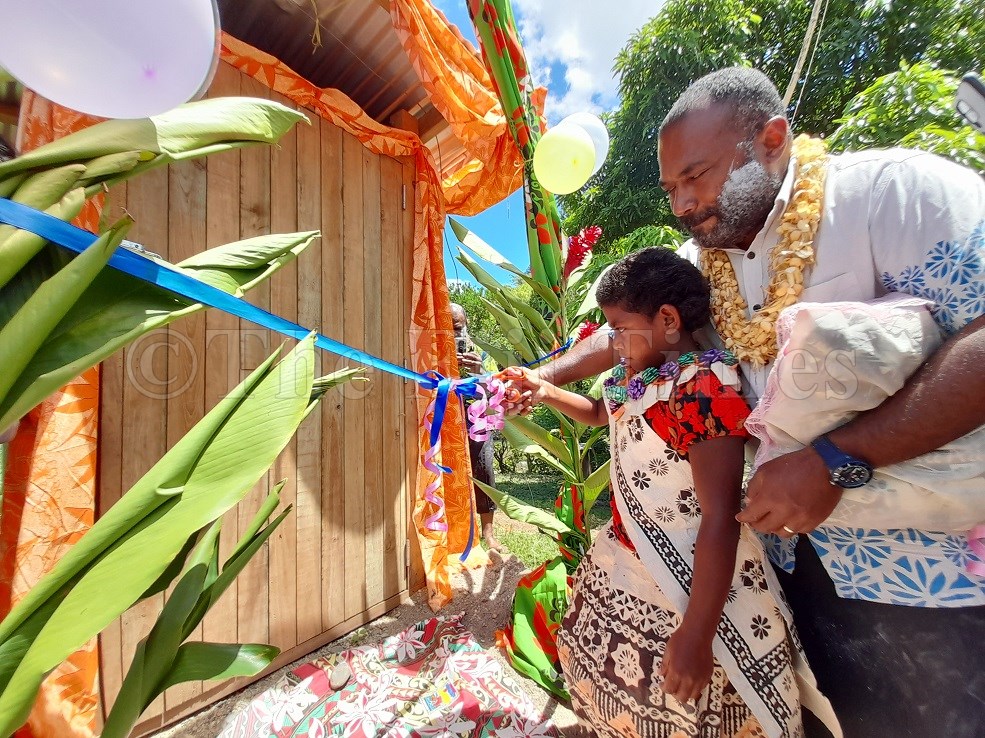 More than 200 villagers of Nakoro, in the district of Noikoro, Navosa, had a reason to celebrate World Toilet Day last week after the official opening of 14 seal toilets in the village.

Funded by UNICEF and AusAID, the initiative is expected to improve sanitation for villagers.

Navosa has been labelled by the Ministry of Health as a typhoid hotspot.

Officiating at the opening of the new facilities in the village, Minister for Health Dr Ifereimi Waqainabete said water, sanitation and hygiene were important aspects to human development and progress across the Sustainable Development Goals.

“When people have better access to sanitation and water, they are healthy and of course they can work productively, live more fully and most importantly contribute more to society, ” he said.

“Since 2014, diarrheal disease has been among the causes of morbidity in Fiji and this trend remains to date. Poor sanitation contributes to the spread of these deadly diseases in communities, with typhoid fever and diarrhea being the most common ones in Fiji.

“Typhoid fever, a disease closely linked to poor sanitation continues as a health burden in Fiji, and also here in Nadroga-Navosa province over the last few years.

“In 2020, our province had a total of 40 typhoid cases which are mainly from Navosa while we have people in our province dying of this preventable disease.”

Dr Waqainabete said one typical example was a young girl in the village of Nakoro who passed away from typhoid last year.

“Our local medical staff are working closely with key stakeholders in identifying the potential risk factors of typhoid transmission in communities and finding out ways to address them.”