Best from the island 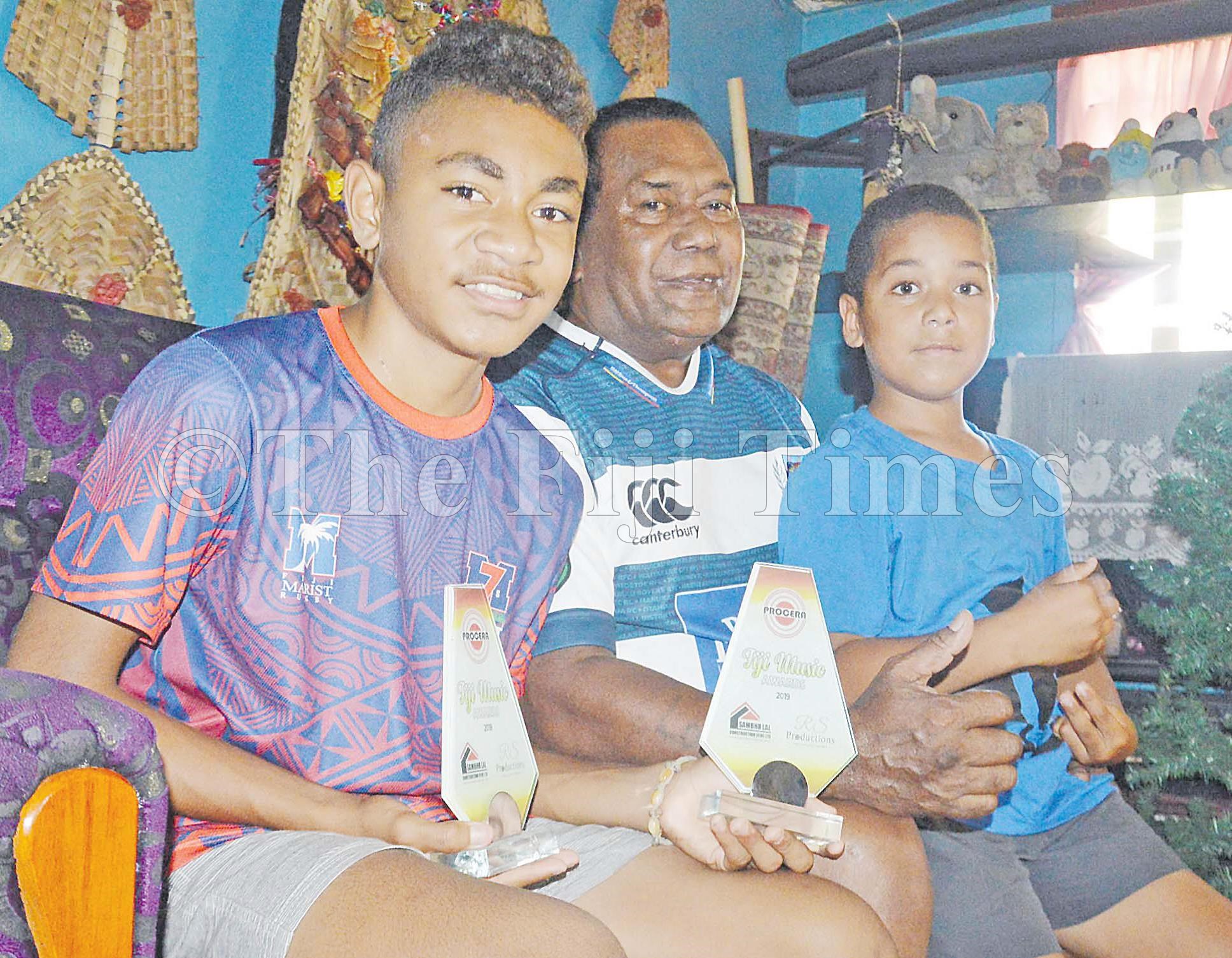 KORO Island has given birth to some of Fiji’s greatest singers, songwriters and performers.

But none are as revered as Kabu ni Delai Kade.

While the musical outfit has given Fiji dozens of hit songs, not much was known about its beginning until now.

Group leader Semi Keli shared the inside story about how Kabu was formed, their journey to fame and some fortune.

In any iTaukei village setting, sigi drigi is always a common event on Friday evenings.

In 1966, at the age of nine, Keli would sneak into sheds around Kade Village where the menfolk would drink grog while being entertained by the chugging guitars and sweet melodies of sigi drigi songs.

It was here that his interest in singing began.

Like most young people on Koro, he was keen to learn more and develop his talent, and during his free time he would get hold of a guitar and begin strumming away.

He did not let his age or lack of knowledge impede his music dream.

Semi said his heart kept telling him to venture into singing.

In the early 1970s, Semi and three other cousins were often invited to village sheds to perform the few songs they had written themselves to entertain the village elders.

After their impromptu performances around Kade, Semi and his cousins formed Kabu ni Delai Kade in 1972.

Their musical journey had begun.

By combining their unique songwriting with beautifully crafted melodies and western instruments, the group brought a breath of fresh air into the music scene.

Sigi drigi lovers were blown away by the group’s performances and their more than 200 songs.

Semi is originally from Nadivakarua, Bua, but was born and raised in Kade, Koro where his mother is from.

“I look back today and admire the journey we went through and the many places we have visited and the heights we reached as a group,” the 62-year-old Kabu ni Delai Kade lead singer said.

“There were challenges and triumphs but we managed to overcome them and ensured we achieved our dream and the dream of all our elders back in the village.

“But we owe all this to two people — the late Filimone Lote and Yaminiasi Gaunavou.

“They helped us realise what becoming a professional band was all about because as a group of young boys from Kade, we had no idea.”

Leaving Koro Island for Suva for the first time was a big deal for the group of five boys, let alone being exposed to the studio at the then Fiji Broadcasting Commission.

While acclimatising to city life, Gaunavou, most commonly known as YG, worked round-the-clock to ensure the boys who had then registered their band under the Kabu ni Delai Kade banner were not swept away by the sweet city life.

It was in 1979 when the cousins started their journey with Fiji’s music industry. From then, they never looked back.

They performed in many places around the country and had even gone to a few countries abroad to perform.

Semi Keli, the soft-spoken Koro gentleman, usually would not share the story behind their journey but as age catches up slowly, he looked forward to sharing a bit about the journey of the Kabu ni Delai Kade band so people would know the story behind the famous Koro band.

Fijians from the 1980s would recall the famous Rarawa Ni Yaloqu song.

It was one of the first songs that made this group of four boys realise they were meant to go on from there.