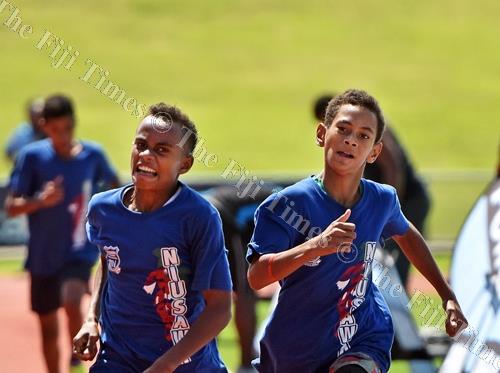 NIUSAWA High School is keen to showcase its talents against the best schools in the country in this year’s Coca-Cola Games.

The Taveuni-based school is represented by 13 athletes and coach Iowane Tuinasau is confident the islanders will be a surprise package this weekend.

The athletes arrived on Monday and have been training at the ANZ Stadium familiarising to the synthetic tracks.

Tuinasau said they had reduced the participating numbers of athletes this year and brought the cream of their athletics teams.

“We have brought 13 standout athletes for this year’s games and our aim is to win medals for the school,” he said.

“We have trained hard on the island and we are confident of our chances. We have eight students who will be participating for the first time at the games and they are looking forward to the challenge.”

Tuinasau said the school funded its own trip of more than $5000 in total.

“The parents and teachers association helped the school in our fundraising with the main aim of exposing our talents.”