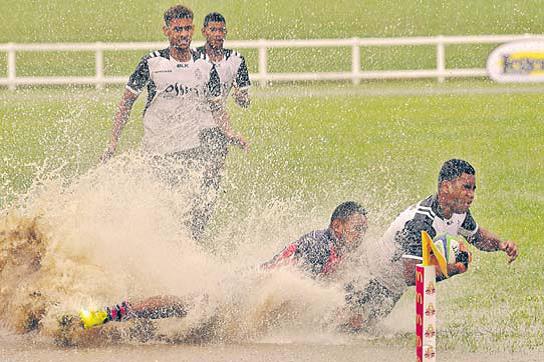 RENOWNED rugby 7s commentator Sean Maloney says the Fiji Airways Fiji 7s team will be out for a good outing despite the absence of some key players in the upcoming Hamilton and Sydney 7s tournaments.

The world rugby 7s series commentator said even the absence of star playmakers Amenoni Nasilasila and Vatemo Ravouvou would not affect Fiji’s performances based on the new talents in the national 7s squad. Maloney who is at this year’s McDonalds Fiji’s Coral Coast 7s said Fiji would be out at its best after its Cape Town 7s win.

“The new guys in the team are good as we saw in Cape Town and it will be business as usual in Hamilton,” he said.

“It is going to be exciting and I know Fiji will be there as one of the best.”

Meanwhile, the national 7s team had another gruelling session at the Sigatoka Sand Dunes yesterday morning as they geared up for their title defence in Hamilton.

And with injury to Paula Dranisinukula, Yasawa native Kalione Nasoko will again lead the said in the next leg of the 7s series.

Nasoko successfully led the side to win its first Cape Town 7s last month and will be out to do the same in Hamilton next weekend.

Fiji is pooled with Australia, Argentina and Wales.