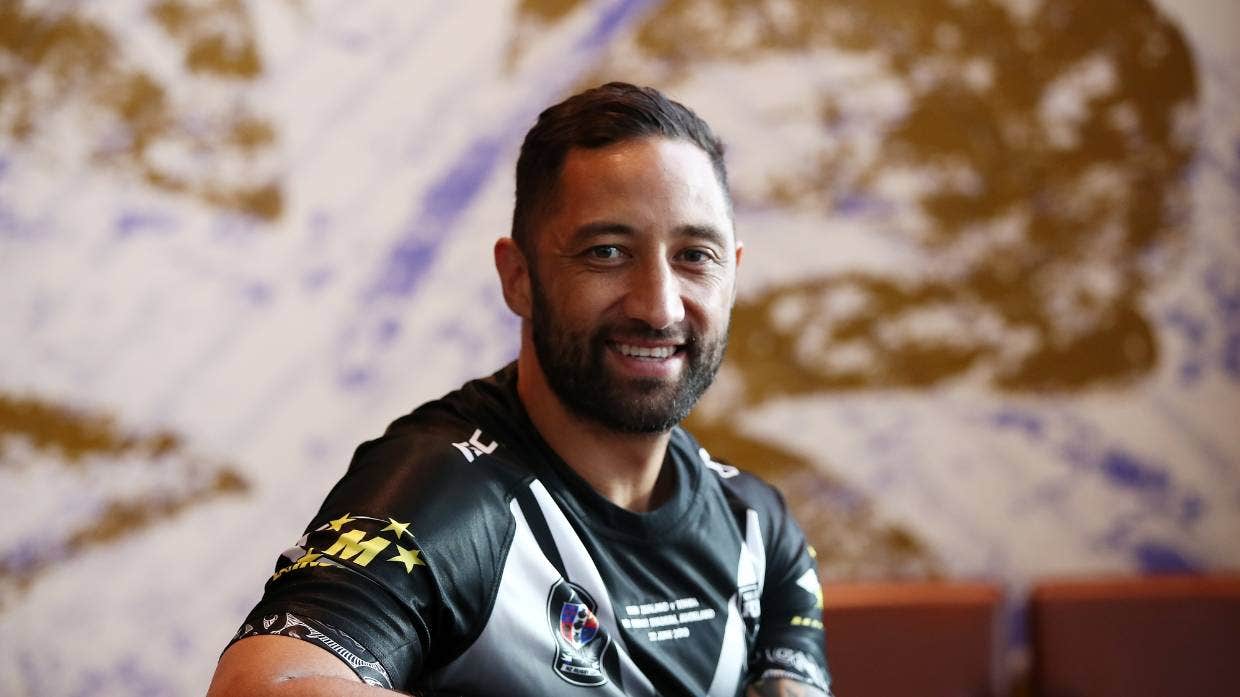 Benji Marshall made his name on the rugby league field, but is not Celebrity Apprentice Australia winner. Picture: STUFF SPORTS.

Kiwis rugby league legend Benji Marshall has won Celebrity Apprentice Australia, which featured an episode in which he opened up about his missing biological father.

The trans-Tasman footballer, who is based in Sydney but grew up in the Bay of Plenty, beat television presenter Darren McMullen in the final on Tuesday night, winning $A100,000 prize, which will go to South Cares, the kids’ charitable body associated with South Sydney rugby league club.

“Who would’ve thought, just a washed-up footy player winning Celebrity Apprentice,” Marshall said on being announced by Lord Sugar as the winner. “We raised almost half a million dollars.’’

One of the most emotional episodes of the show involved Marshall pitching a business idea to the judges, which he said would involve a six-part docu-series centred on finding his father.

Marshall said as a highlights reel of his league career played on screen: “300 games for the NRL, runs round the footy field, all these big moves, fancy steps, flick passes, you know that. That’s not the real me.

“You know how I know that? Because I don’t even know the real me. There’s a half of me missing that I haven’t found out about.”

Marshall, who grew up in Whakatāne, said his mother gave birth to him when she was just 15.

“I have this vivid memory of a seven-year-old little Māori boy in his lounge room holding a butter knife, scared, sitting back in the dark in the corner so no one could come from behind and get me. Messed up.”