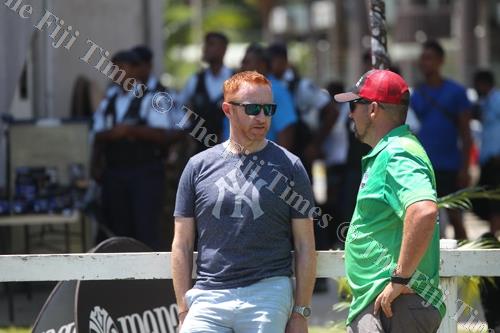 His is a story of spellbinding speed and power that once saw him described by many as the world’s best rugby player.

‘Caucau’ played rugby sevens for Fiji, but it was his mesmeric fifteen-a-side tries at the 2003 Rugby World Cup which captured the world’s attention.

A big-money move to French club Agen soon followed, and it was here that he became a victim of mismanagement.

After being punished for various disciplinary breaches he was fired, and eventually his story evolved to one of unfulfilled promise.

He returned to Fiji penniless, and his plight was recently documented in the Oceans Apart Series.

Unfortunately, Caucaunibuca’s story is not an isolated one.

Rugby is the national sport on the Pacific islands of Fiji, Samoa and Tonga and many of their players are lured overseas by large contracts.

However, the language and cultural differences, often coupled with an inadequate support structure, leaves many of the Pacific players struggling to adapt.

No one knows this better than Ben Ryan, the Englishman who coached to Fiji’s rugby sevens team to victory at Rio 2016 – the nation’s first ever Olympic medal.

“Rupeni CauCau’s story is an incredible one,” the Londoner said of ex-Samoa rugby international Dan Leo’s documentary on the Fijian.

“One of the most gifted players ever to play the game, but the way he was looked after and misunderstood didn’t allow him to be at his best for long enough, and he wasn’t looked after post career.

“I’ve been to Rupeni’s village in Vanua Levu and there’s a real rugby talent pipeline there.

“But I’ve seen these players go on to France and elsewhere, get treated the same as the local guys and as a result you aren’t getting a player that’s understood properly.

Ryan experienced this cultural difference and the stress it can cause first hand, when he moved to Fiji in 2013 to coach their team.

He wasn’t paid for several months, had very few training facilities to work with and had to completely overhaul the players’ poor dietary habits.

But through patience and understanding, he was able to work through the issues and eventually get the best out of himself and his players at Rio 2016.

He also believes that improvement is being shown in this area around the world, and that some clubs in Europe are now starting to reap the rewards of adopting a more human-focused approach towards their imported talent.

“He’s pretty much the best number 8 in the world now (Viliame Mata), and he joined them having maybe played two or three games of 15-a-side rugby.

“So you can see what you can do if you wrap the right network around those players. For Rupeni, I totally get where he’s coming from, I understand it, I’ve seen it, and I hope those cases decrease in the future,” said Ryan.