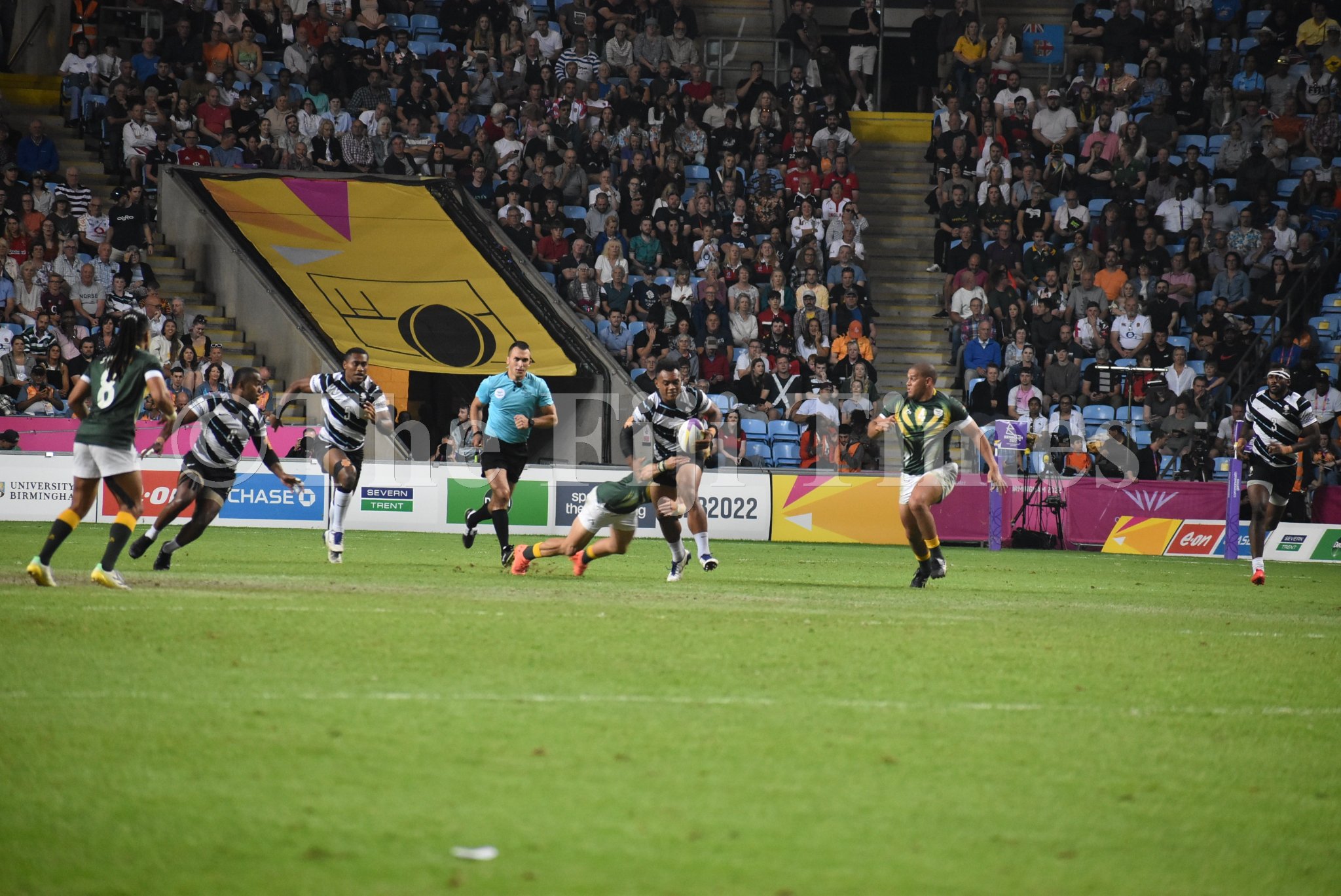 The Fiji 7s men’s side just did not get into their game in the final against South Africa at the 2022 Commonwealth Games in England yesterday. Fiji lost the gold medal match 31-7.

Coach Ben Gollings said Fiji did not get a chance to play according to their game plan. “It’s just frustrating, we really didn’t get into our game. We spoke about trying to stretch them and move them a little.

They tried to play a bit too direct,” Gollings said.

“We knew they were strong over the ball and they had strong tacklers so had to start creating space before we started moving forward.”

Gollings added it had been a good weekend of rugby and the team would take a lot of positives from it.

“Outside of that it has been a fantastic week. Players have been absolutely fantastic.

The semi-final against New Zealand was huge and it’s just a shame we couldn’t convert that final.”

Gollings has assured fans the team will get back to winning ways and has requested them to keep the prayers and support coming through.

“It’s not the colour we all wanted. We will keep growing. We can’t do without the support of the fans. You have been absolutely fantastic. You’re incredible and we will make sure that we convert the next one.”

The men’s triple team will face Australia in the semi-finals while the women’s fours take on South Africa.

A win for either will confirm at least a silver medal for Fiji. A loss will see them head to the bronze medal playoff.