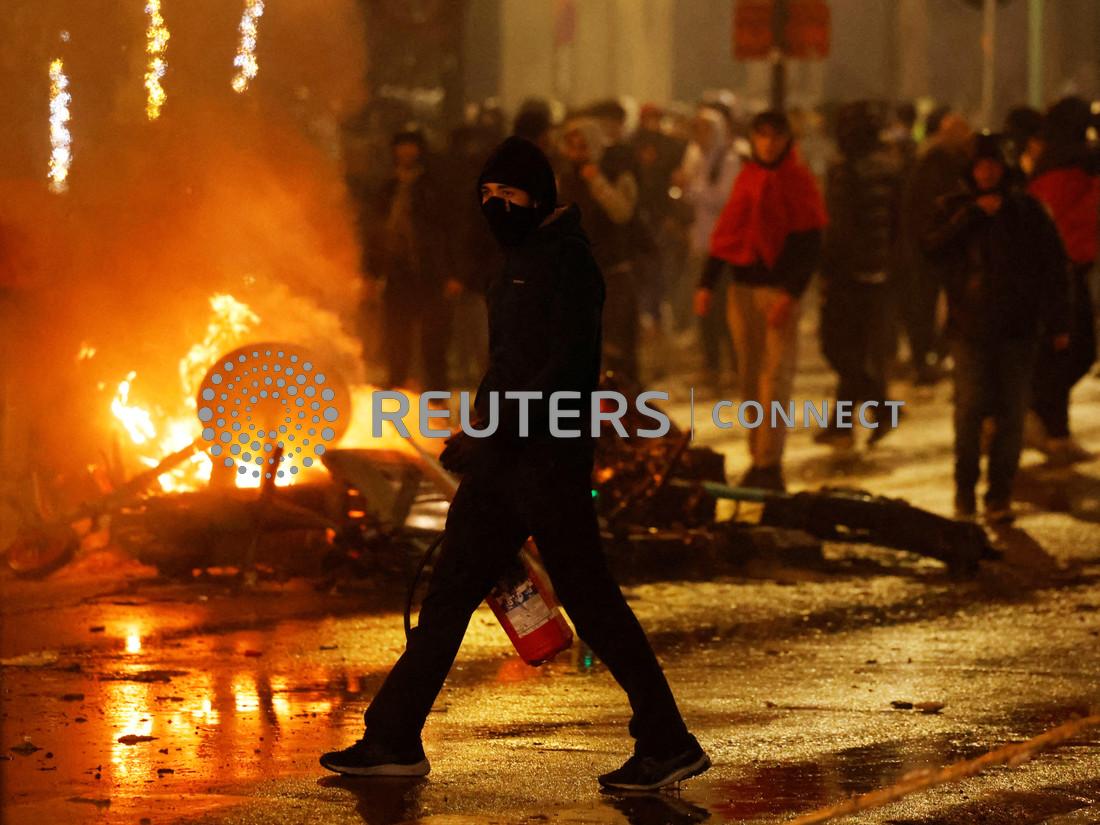 BRUSSELS (Reuters) – Belgian police detained a dozen people and made one arrest on Sunday after Morocco’s victory over Belgium in the World Cup match in Qatar triggered riots in Brussels with a car and some electric scooters set on fire.

The riots took place in several places across the Belgian capital where dozens of soccer fans, some draped in Moroccan flags, clashed with riot police with water cannons and tear gas.

“The rioters used pyrotechnic material, projectiles, sticks, and set fire on the public highway,” the police said. “Also, a journalist was injured in the face by fireworks. It is for these reasons that it was decided to proceed with a police intervention, with the deployment of water cannon and the use of tear gas,” the police said.