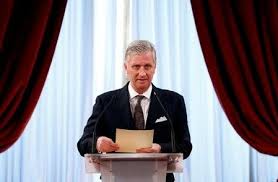 The king has met several party leaders since Sunday’s election, which failed to produce a majority. A surge in support for separatists in Dutch-speaking Flanders and a veer to the left in French-speaking Wallonia could make it harder than ever to weld together a national government from both sides of Belgium’s linguistic divide.

The consultations this week are taking place before the palace designates the political leader with the best chance of forming a government.

Reynders and Vande Lanotte have been asked to identify the challenges facing the country and the possibilities and the requirements for forming a government, the palace said in a statement on Thursday.

The two will canvass the regions and communities for their views and report back to the king on June 6. Reynders comes from Wallonia and Vande Lanotte from Flanders.

After taking their advice, the king will name a person who will seek to establish a coalition balancing the views of Dutch- and French-speaking voters. This person would typically become the next prime minister.

After the 2010 election, Belgium took a world record 541 days to cobble together a government.