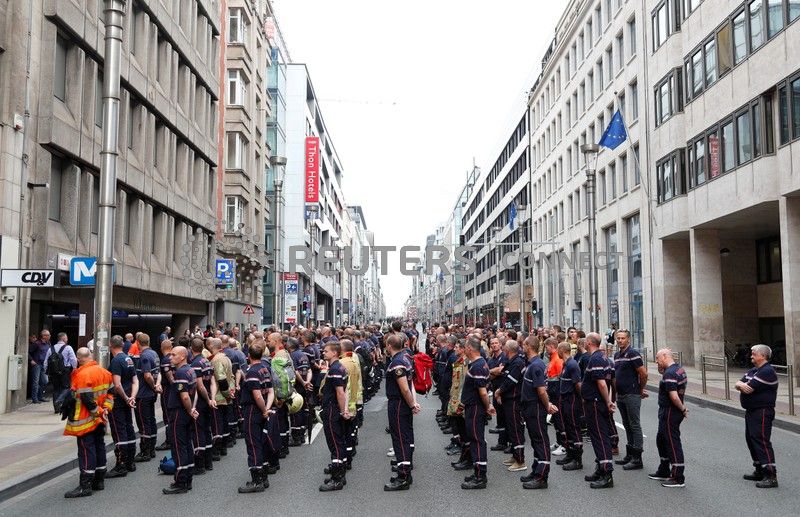 BRUSSELS (Reuters) – About 250 Belgian firefighters took to the streets of central Brussels on Wednesday lighting fires and blocking traffic in a protest over remuneration.

The demonstrators lit boxes and tree stumps, sprayed foam and water, and threw firecrackers, as they marched near the Belgian prime minister’s office and official

Union leader Erik Labourdette said the firefighters’ monthly average 1,500 euro ($1,680) package was going down by about 300 euros in planned cuts. One firefighter, Jean-Francois Kool, complained they were losing on-call bonuses and extras like sports clothes.

The Interior Ministry did not respond to a request for comment.