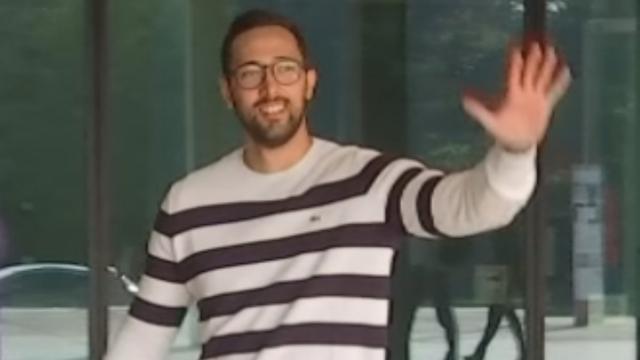 GHENT, Belgium (Reuters) – A Belgian court ruled on Monday against an extradition request from Spain for a rapper sentenced to prison for charges including insulting the monarchy, a spokesman for the public prosecutor in the city of Ghent said.

The 24-year-old rapper, known as Valtonyc, and whose real name is Josep Miquel Arenas, fled to Belgium in May after being sentenced in Spain to three and a half years for also praising terror groups.

“For the moment he is free and he is free definitively in Belgium,” his lawyer Paul Bekaert told Reuters TV in Ghent.

Bekaert added though that a European warrant could be issued for his arrest in other countries that he might visit in the future.

Valtonyc’s case has sparked criticism from international organizations, such as Amnesty International, that claim Spanish authorities are cracking down on free speech.

“I am very happy as finally we have found justice. We have been looking for it for a long time, and in Spain we did not get it,” Valtonyc said to Reuters TV.

“So it’s good that here they ruled in our favor, that here freedom of expression is important, but I’m very sad that in Spain justice is not evolving,” he said.

Spanish sentences are based on article 578 of the Spanish penal code.

Since 2015 with the approval of a new legislation on security, popularly known as “gag law”, the number of people charged has risen exponentially, leading to 84 convictions in the last three years, according to Amnesty.

In 2017, 39 people were brought before courts on charges of praising terrorism on social networks.

Spain’s new Socialist government has publicly said that one of its priorities is the revision of the “gag law”.