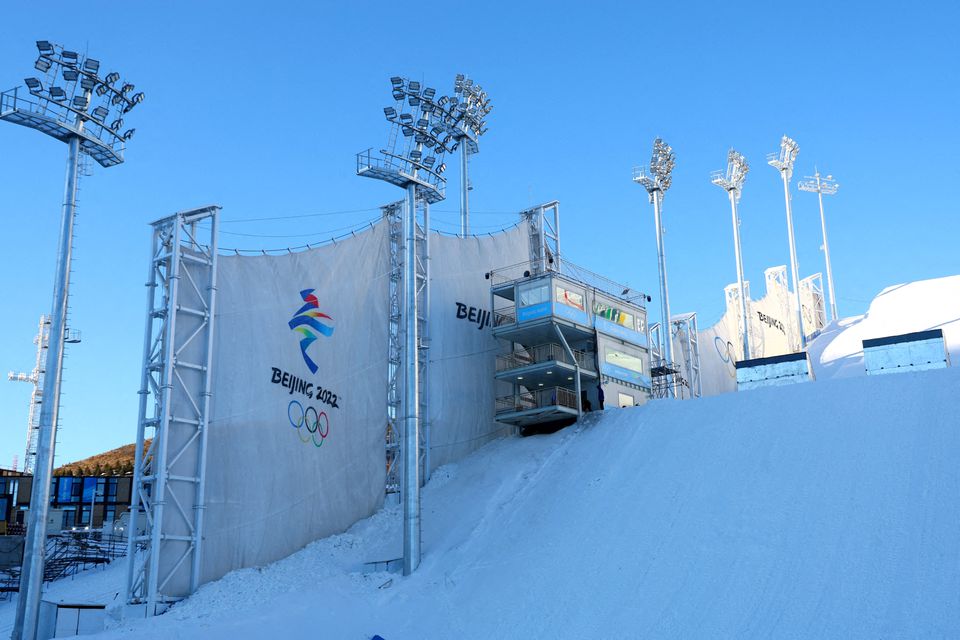 BEIJING, Jan 17 (Reuters) – Tickets for the Winter Olympics set to begin on Feb. 4 will be distributed to “targeted” groups of people and will not be sold to the general public, the organising committee said on Monday, in the latest setback to the Games inflicted by COVID-19.

Organisers had said in September that there would not be any international spectators at the Games, under COVID-19 prevention policies that have all but shut China’s borders to international travellers.

It cited the “severe and complex” COVID-19 situation and the need to protect the safety of Olympics personnel and spectators in Monday’s announcement.

Local spectators who receive tickets must observe strict COVID-19 prevention measures before, during and after attending Olympic events, the committee said. It did not give further details, or further specify how tickets would be distributed.

China, which has largely managed to curb local COVID-19 infections, is scrambling to prevent the spread of scattered outbreaks of the highly infections Omicron variant just as the busy Lunar New Year travel period begins.

The Olympics, to be held in the Chinese capital and neighbouring Hebei province, will take place in a “closed loop” that will keep athletes and other Games personnel separated from the general Chinese public. Most participants will arrive on special charter planes.

Last month, North America’s National Hockey League said its players would not participate in the Olympic tournament in Beijing due to COVID-19 disruptions of the league schedule.