Behind the News: RKS saga 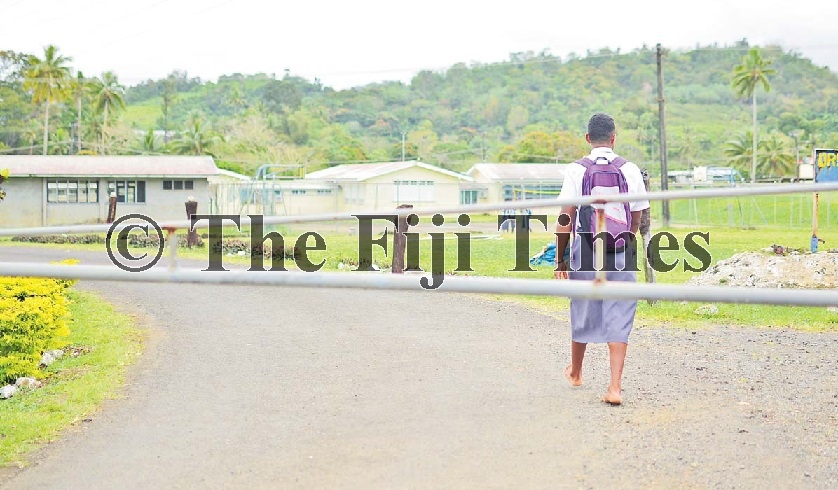 We can no longer treat the problem brewing at Ratu Kadavulevu School in Tailevu lightly.

Last week, I wrote about the down side of boarding schools so this week, while the topic remained hot, I decided to discuss how consultation and listening to stakeholder viewpoints are important components of education.

They must never be made to rubber stamp any piece of document. If you talk about secondary education in Fiji, stakeholders include, at the very least — government authorities, school managements, teacher unions, former scholar associations and faith-based groups for schools run by religious organisations. By including stakeholders in the early stages of policy development, we can ensure that when a policy is implemented it will naturally have stakeholder ownership and support.

Too often we have seen authorities push through policies without the effective participation of key stakeholders and the public at large, which is an essential requirement of good governance and democratic leadership.

Participation is intrinsically connected to the principle of human rights, inclusion, transparency and accountability, sustainable and human development, among others. You cannot remove effective participation from policy development because it must exist before a policy is truly representative, inclusive and presents the need of the public.

For over a week now, we’ve been bombarded by news of the conundrum brewing at RKS.

According to what I’ve heard and read, students protested over changes that have been introduced at the school, the school was closed, the principal was removed and now some students have been suspended.

You see any change in an institution such as RKS must consider the organisation’s history, religious and cultural practices, composition and membership and so on.

Without paying attention to these and without proper dialoguing and consultation, it would be very hard to achieve success and forge forward. The time that was supposed to be used up seeking alternative views and inputs would later be spent addressing confl icts and clashes.

I remember quite clearly that in early 2019 the education sector was churning out very interesting exchange of views and opinions.

It further argued that recruitment and promotion should be based on objectivity, impartiality, fair competition and ability, education, experience and other characteristics of merit.

I also remember Archbishop Dr Peter Loy Chong, while making a proposal on behalf of faith-based organisations, saying that any appointed faith-based school head should be a member of the faith. The pontiff argued that “faith was an indispensable component of education and human existence”, opening a fl oodgate of comments from individuals, unions and private, culturally and faith-based organisations that had a stake in education.

The Seventh-day Adventist Church commended the MoE’s MORS Policy, however, it pointed out that out of respect, faith should be included in the recruitment criteria of school heads. Fiji Council of Churches president Rev Dr Tevita Nawadra was quoted in a letter saying that Government’s intention to retain the OMRS system was based on a “narrow and biased” interpretation of the Fijian Constitution.

The Arya Pratinidhi Sabha explained that the ministry must consult the management of a school on the appointment of a school head to ensure the incumbent fits in and upholds the school’s culture along with academic requirements.

The two teacher unions joined the debate, with the Fijian Teachers Union agreeing that it was imperative for the MoE to consult stakeholders and explain to them the rationale behind the exercise. Ordinary citizens such as Raynav Chand, Patricia Anna Petueli, Kositatino Tikomaibolatagane, Sailosi Naewe, Epeli Rabua, Richard Abel, Fr Kevin McGuire, Dorsami Naidu and Ronnie Chang were among those who voiced their concerns publically by writing letters to The Fiji Times.

Academics such as Prof Wadan Narsey and Prof Vijay Naidu also commented on the issue. “I am convinced that the former very fruitful partnership between private organisations and the State is under severe strain and likely to collapse with dire consequences for students, teachers and parents,” Prof Naidu said in a letter to the editor of The Fiji Times.

Prof Narsey’s opinion piece a few days earlier, on January 21 (2019), highlighted the immense contribution religious and private organisations had done toward educating our nation. He said while Government’s desire to ensure equal access to education for all races was worthy of praise, its attempt to take away the little control that education authorities could legitimately expect over their own school was “surely not wise at all”.

I am not sure whether it would be correct to say that what happened recently at RKS (although it is a government school and not a faith-based school) seems to be the result of that policy in 2019. But one thing is for sure, there probably was little or inadequate effort made to consult the different groupings that make up RKS, as a school of distinction among the iTaukei community.

RKS, like many other boarding schools, has a school culture and traditions that span many generations. To implement changes without seeking consultation from the very people who have toiled to bring the school to what it is today, is unwise.

In the future, it would be prudent to, wherever practicable, give stakeholders the space to participate in education policy formulation processes and not merely when controversy erupts, during the implementation phase or when it is debated in parliament.

Through wide consultation, legitimacy can be sought, ownership of any policy can be generated among key actors, and changes will be representative in nature, having the input and aspirations of all concerned.

Consultation, whether in the form public deliberations or stakeholder feedback, forms an important part of doing things in today’s complex world where the public’s trust and confi dence in an organisation is as important as its vision and core objectives.

This means that without stakeholder consultation, advancing policies, though noble and profound on paper, may be a challenge in actual practice.

It is important that stakeholders at RKS engage in a talanoa session and remember that listening attentively to viewpoints is just as important as expressing them.