Behind the News: Pornography – A drug in our midst 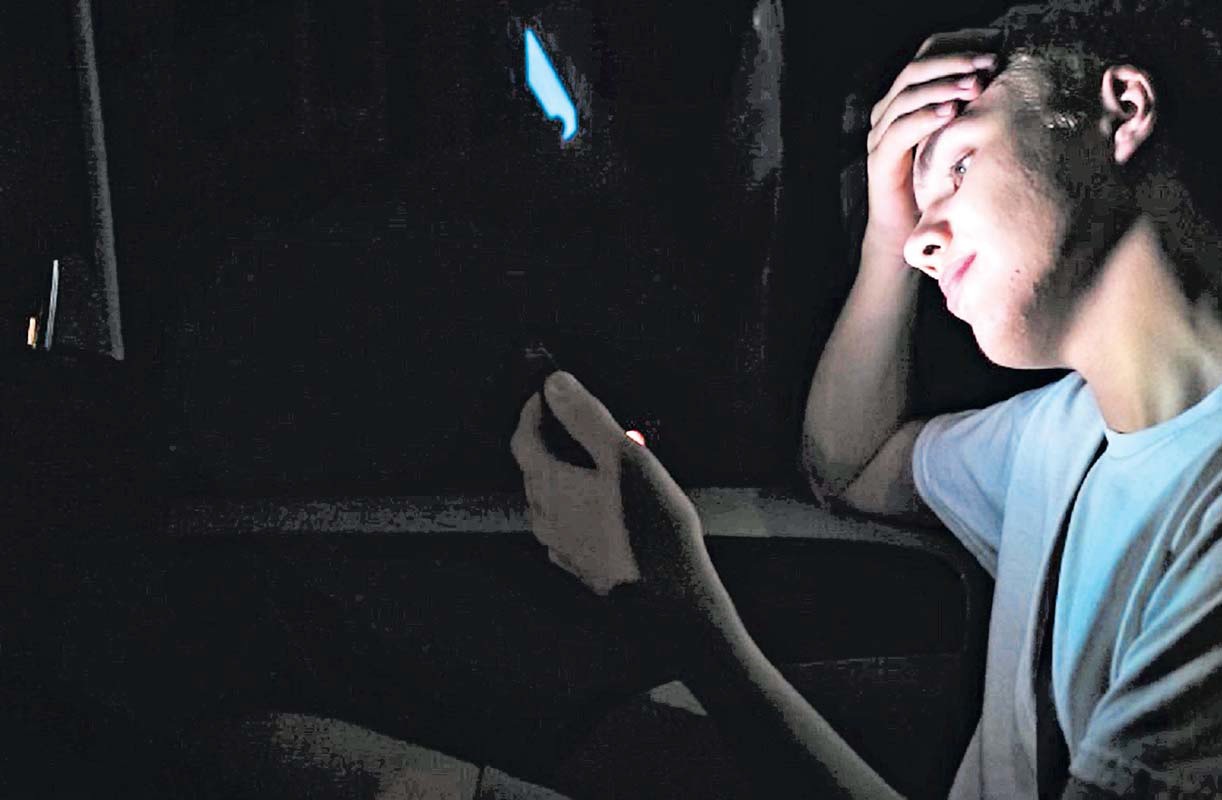 Children and youth who use email or surf the internet are at risk for unwanted exposure to pornography. Picture: https://fi ghtthenewdrug.org

THE advancement of technology has made our access to information an effortless breeze.

The internet is at our fingertips. With its current speed of connectivity, we can be in touch pretty much from anywhere in the world.

Whether we are 20,000 feet in the air by plane, traveling by train or just lounging at home, we can access the internet whenever and from wherever we want.

But that advancement has come at a price. With the internet emerges a society evil – pornography.

The problem is not new. It has just become more accessible and overwhelming.

But adults are not the only ones doing the searches and feeding their minds with explicit videos and photos.

Children have jumped on the bandwagon too. And it is high time parents started strictly monitoring the use of smartphones in the home by their sons and daughters.

She had made similar warnings before.

Ms Tabuya said Fijian children were becoming more technology savvy, however, this had easily exposed them to the dark world of pornography.

“Parents and guardians be warned our children are in great danger,” she said.

“They are under threat more than ever before in any time in any century.

“Pornography is the new drug. We need to fight this new drug together. It would take us as legislators to implement these laws and policies to protect our precious ones.”

She made the comments while speaking on the Optional Protocol to the Convention on the Rights of the Child, on the sale of children, child prostitution and child pornography.

According to a recent United Kingdom report released in January this year, only 13 per cent of children surveyed had security settings installed on their smartphones.

This compared with 44 per cent having parental restrictions on their home computers and laptops.

The study, compiled by YouGov, looked into the behaviour of eight to 15-year-olds in the UK on the web. It found that one-in-five children accessed inappropriate websites via their mobile phone.

Whether these youngsters were deliberately looking up “inappropriate” websites, or accidentally coming across what was meant for adults, the sad fact remains – children are now “seeing, reading and viewing” inappropriate content.

Moreover, the study showed that many children also confessed that they had already gotten into trouble with parents and teachers for accessing adult websites on their mobile phones.

The number of children watching ‘online videos or video clips’ on their mobile phones without restrictions have more than doubled.

All these have exposed them to a range of inappropriate content. Additionally, using mobile phones for social networking has dramatically increased among children.

More children are accessing social networking sites on their mobile phones, some with and some without their parents’ consent. This has increased sharply in the past few years.

With the explosion of internet access in the country over the past few years, Fiji has started to register shocking statistics on sexual crimes too.

Some believe the two are somehow interrelated.

The Fiji Times reported on January 4, 2021 that according to statistics released by the Office of the Director of Public Prosecutions (ODPP), a total of 16 people were charged with a total of 28 counts of separate incidents of serious sexual offences in December 2020 alone.

The statistics show those 28 cases offences, 19 were rape cases, one attempted rape, one abduction with intent to have carnal knowledge, one assault with intent to commit rape, one defilement and five sexual assault cases.

The statistics also revealed that there were 17 victims of whom 13 were under the age of 18 years while there were six incidents where the victims and the accused were related to each another.

In one incident, a 30-year-old man was charged with the attempted rape, assault with intent to have carnal knowledge and
sexual assault of an 18-year-old woman.

Furthermore, we’ve also recorded one of the highest rates of gender-based violence in the world with two out of three women
being exposed to some form of violence in their lifetime.

More than half of Fiji’s population now have access to the internet and usage is set to increase with government plans to provide high-speed broadband services to 95 per cent of Fijian households by 2023.

If no plans are made to help control internet viewing by children, then the problem will escalate in the not too distance future. Without awareness it will worsen.

According to Fiji’s Department of Communication, overall rankings for Fiji place us as the top South Pacific country, as far as ICT Development Index is concerned. Neighbouring countries Tonga, Tuvalu, Solomon Islands and Papua New Guinea ranked below us.

Again while we have fared well in communication technology, we have a bad in record gender-based violence and pornography.

Controls must be improved along with leaps and bounds in our internet service provisions.

Pornography has given our children unrealistic ideas and expectations about sex thus affecting their ability to develop stable,
healthy and meaningful relationships.

And as these children become adults, their perverted notions about sex exert serious influences on their behaviour in marriage
and family life.

We must admit that it is a growing problem and we must identify the best ways to address it.

Nevertheless, the warning bells are tolling and we need to recognise its familiar sounds before it’s too late.