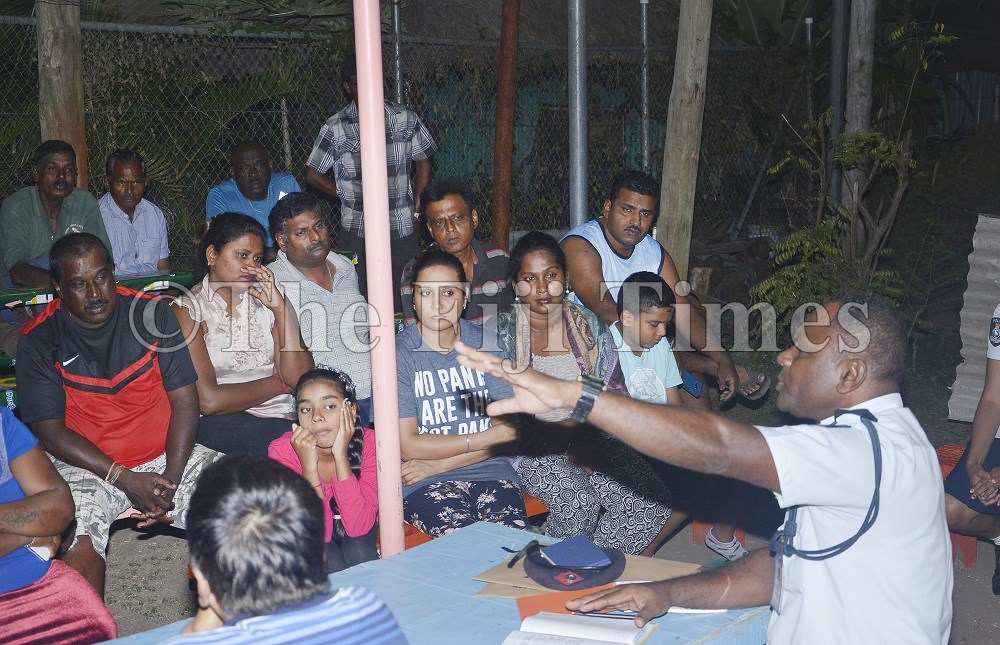 What really made the news this week, apart from blotches of COVID-19 stories in the media and how it continues to bring the whole world to its knees, was George Floyd’s death.

The American was pretty much unknown until his demise last Monday when a Minneapolis police officer knelt on his neck, fuelling outrage that swept across many US states and cities.

After many weeks on COVID-19 lockdown, Floyd’s death sparked anger that spilled people into the streets in a nationwide protest across the US.

Many demonstrators took advantage of the situation and vandalised property.

At home, George Floyd’s death seems to have reopened wounds for some because their pain and grieving over the loss of their loved ones to cases of local police brutality haven’t fully healed.

To others, the news is a dreadful reminder of the existence of abhorrent and inhumane behaviour in our community and in some cases, our own backyard.

As a community of citizens, we must not leave this issue unaddressed, or sweep it under the carpet as they say.

Just recently, we’ve seen and heard well-covered cases of alleged police brutality, where our law enforcers have used excessive force against its citizens when making arrests.

These have all happened, despite Fiji ratifying the United Nations Convention Against Torture, the existence of entrenched provisions in the Bill of Rights of the Constitution and other laws that guide the work of the police.

As citizens, it is within our right as long as it is done responsibly and within the confines of the law, to demand for accountability when we come across a case of alleged police brutality.

If we fail in our duty to guard against it and demand answers to why and how they happen, the problem may persist and fester, and this may affect widespread dissatisfaction in the force and its ability to carry out its role.

Police brutality is a serious problem, not only in Fiji, but around the world.

Therefore, complaints against police brutality should be acted upon and condemned outright, not condoned.

They must be probed with due diligence, there should be no interference with investigation processes, there should be no room for obstruction of justice, the cases must be dealt with expeditiously in the interest of natural justice and impunity should not be facilitated.

It is in the interest of the police that the above measures are followed because the imprudent behaviour of one single police officer can tarnish the reputation of the force and destroy the positive image it wants to promote and portray.

It also pays to be aware of human rights issues and understand how police must carry out their duties as civil servants and as a provider of essential service.

To do this, they investigate crimes, apprehend offenders, they prosecute in court, and attend to public complaints which are very challenging in themselves and sometimes executed in risky, unsafe, unhealthy environments.

The police also rely on public support (yes! you and me) to prevent and tackle crimes.

This means, finding effective and sustainable solutions to combatting lawlessness and societal evils depends largely on the collaborative capacity of community-police partnership.

Working in close association with citizens, also helps police understand the complexity and unique factors that influence crime and finds relevant solutions that make use of the of knowledge, skills
and intelligence available in the community.

Moreover, it helps law enforcers to adapt to unique situations that crimes pose, allow satisfactory service
delivery and overall, inculcates a culture of cooperation and trust, and builds people’s confidence in
police officers and the institution they represent.

Every time a police overstep the mark, whether through frustration, anger or the sheer absence of civility, that police-community partnership, which takes time and effort to build and nurture, is subsequently
breached and as a result goodwill gives way to suspicion and a feeling of distrust.

This erosion of public trust and confidence in the institution that everyone looks up to for protection is
what I believed, led to the series of demonstrations in the US. I pray that will never happen in Fiji and we will remain civil, even in our craziest.

It is an undeniable fact that most criminal elements and incarcerated individuals are youths, many
of whom are severely vulnerable to crime because of age, rational decision-making capacity, lack of parental guidance or the shackling cycle of poverty.

Young people are also more likely to be victims of police brutal attacks which serve no purpose but
influence recidivism and create barriers to rehabilitation and societal re-integration.

It is important to note that any case of police brutality is against the law, whether it involves an innocent
young man or a prisoner who escapes from lawful custody.

It does not help when authorities condone this behaviour for this only makes holding officers accountable to the law difficult and erodes the public’s trust in the police as an institution tasked with the job of upholding it.

A true measure of a strong and responsible democracy that defends justice and fairness is the way it treats its most vulnerable and disadvantaged citizens.

This not only includes the poor or minority groupings but also criminal offenders and incarcerated
citizens, who find themselves at the wrong end of the law.

As citizens, we can provide effective oversight on the police and their powers.

While this may seem like undermining the professional ability of officers themselves, this is what we must do in order to ensure having an institution that is relevant to the people, serves their interests and is responsive to their needs.

Finally, at the end of the day, the fight against crime is only possible through the partnership between the
police and the community at large that it serves.

This is civic participation at its best and this participation assists in fostering awareness about policing
in practice, human rights and the law, the need for law reforms and our responsibility in bringing about
needed changes.

Most importantly, holding the police accountable empowers even the most disenfranchised person,
who feels he or she has no power to build better institutions of integrity.

And it deters the police from abusing their powers and reminds them of their role in contributing to a stable, peaceful and prosperous Fiji.

Until next week, stay blessed, stay healthy and safe.