Behind the News: Finding courage for the frontline 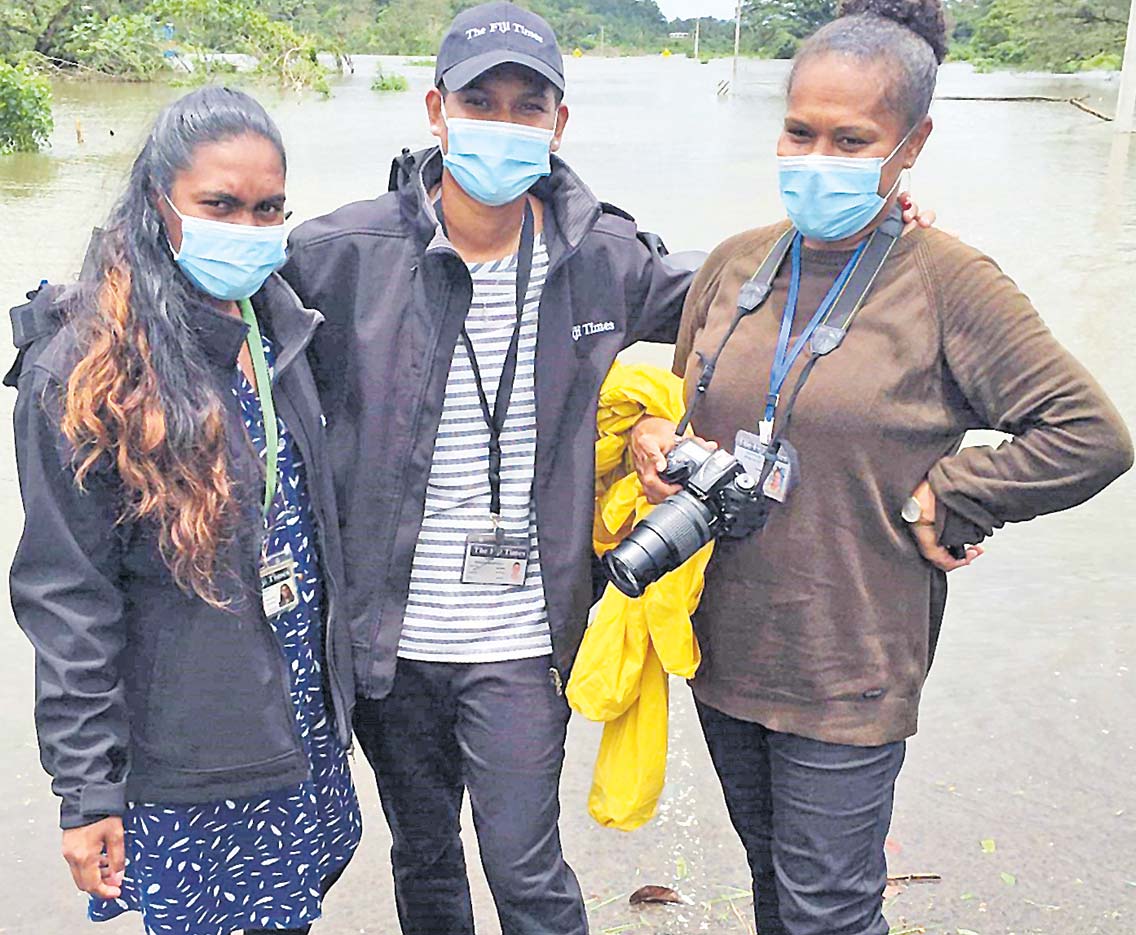 Soldiers in the frontline use weapons – lots of it, to remain in contention during battle.

On the other hand, journalists operate with an amazing arsenal of information sources to be relevant in a society that is always hungry for information.

These sources are what they depend on to get raw information on a daily basis.

Day in and day out, story ideas may come from personal contacts that take years and decades to build.

And because they work hard to establish these contacts, journalists are often quite reluctant to share them.

Information can also come from sources that journalists keep confidential and would not ever reveal.

Journalists protect and respect these sources because information is not a luxury but a necessity in their world.

They are also invited to events or are given alerts.

Good journalists look for fine details in a mundane yarn and create amazing angles that people do not think about.

They make people change the way they think.

Journalists also use social media, website posts, advertisements, notices and a variety of other sources to get information that would help them unearth stories and empower the public.

Regardless of the source of a story, one thing that journalists can’t avoid is travelling and meeting people.

The job is such that it requires everyone to teleport to different worlds during the day.

A journo can be at the site of a road accident scene in the morning, at a press conference at noon, on an army surveillance flight to a nearby island in the afternoon and with dignitaries, dining at a posh hotel restaurant, in the evening.

It’s all part of the job.

They rub shoulders with an amazing assortment of people and personalities – from royals, business moguls and presidents to celebrities, sporting icons and university professors.

But due to the nature of their job, which is to provide a platform for voicing the concerns of ordinary citizens, journalists engage the most with ordinary people.

They talk to the poor, women vendors, residents of informal settlements, street beggars, those affected by drought, vulnerable youths and those who cannot access public services.

A simple story may be read within a few seconds, without people realizing the immense behind-the-scenes work that went into bring it to life.

A front page headline often seem like a group of words to the eye but the story may involve wading in rivers, crossing boisterous seas, climbing treacherous mountains, walking on gravelly road for hours and even riding on horseback.

To put out an article for public consumption takes more than just passion.

It takes courage, perseverance and diligence.

When we think of this brand of courage, we are tempted to think of journalists as a group of super humans on the frontline, running with their gadgets while bullets are flying over their heads, interviewing families devastated by natural disasters or crossing raging rivers to talk to a flood survivor.

But courage goes beyond just scenes of death and injury and if anything, journalists are just human beings.

They bleed, have dreams, get tired and like to have fun.

But in their bouts of human vulnerabilities and moments of threat and impending dangers, journalists never fail in honouring their highest calling and that is being an integral part of a pillar that holds society together, without which, governments fail, communities fall and people perish.

The things that inspire journalists are many just as the number of issues they cover each day.

But they are united in their pursuit of the truth and their responsibility towards other fellow human beings.

They are used to not being recognised and thanked enough.

They are attacked, assaulted, verbally and physically abused, publically criticised and called names.

Some die while doing their work.

But someone has to do the job.

Someone has to bring news to the home and the world.

Next time you meet a journalist, say “bula!”

Supply them with information, don’t ridicule them.

That’s all they’ll ever want!