Behind the News: A call for clean governance 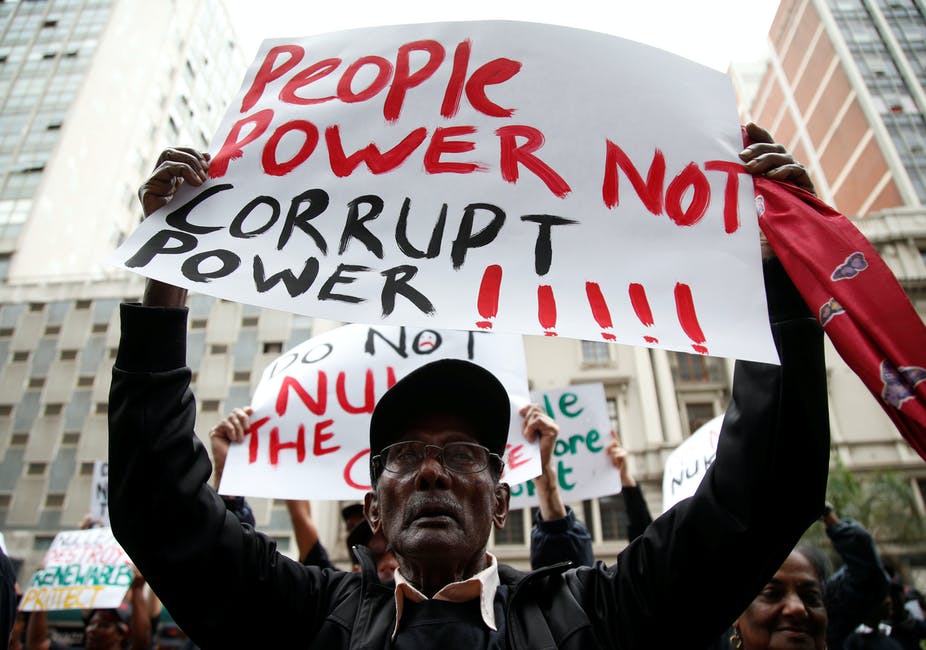 Corruption allows for the enjoyment of exclusive privileges by a few, at the exclusion of the many. Picture: HTTPS://WWW. CORRUPTIONWATCH.ORG.ZA

The latest global corruption perception report released by Transparency International this week revealed that 68 per cent of people surveyed in Fiji believe corruption in Government is “a big problem”.

Its findings have been nothing more than a call for clean governance.

The report included data collected by Tebbutt Research from 1000 people in Fiji between February and March this year.

It showed that 61 per cent of those surveyed in Fiji believed corruption was a big problem in the business sector, and of the 6000 people interviewed in 10 Pacific Island countries including Fiji, 61 per cent believed that corruption in Government was a significant problem. Some people may say, “big deal!” or “it’s just about perception and does not necessarily mean that corruption actually occurs”.

To some extent that may be true, but not entirely. The ability of citizens to sense or be aware that corruption, in any form, is happening in the corridors of power and government administrative centres requires a certain level of democratic capacity and maturity.

So perceptions can be a indicator of widespread corruption.

From such perceptions or interpretations, citizens can form ideas on how to effectively evaluate the performance of public officials, and work towards holding them accountable.

And if perceptions of corruption strongly infer that its actual prevalence is a compelling possibility then TI’s report confirms that the struggles faced by many Fijians in a debilitating environment and time such as this, may be well connected to our own leadership strengths or inadequacies.

In an ideal democracy, citizens would be empowered to vigorously monitor and evaluate politicians, holders of public offices and civil servants.

When they see corrupt practices, they will speak out and hold those who lead to account.

It is carefully planned and timed in the mind of the greedy and operates with stealth – hidden and often go undetected for a long time.

Corruption allows for the enjoyment of exclusive privileges by a few, at the exclusion of the many.

It erodes the link between citizens and government and causes widespread poverty.

Because of this invisibility of sorts, citizens find it difficult to gather information that would enable them to do something about it.

Fiji Labour Party leader, Mahendra Chaudhry, said in The Fiji Times this week that the report has merely confirmed the widespread belief that corruption has become endemic in Fiji.

“Indeed, some big wigs in government are seen to be too close to top guns in the corporate sector,” he said.

“It is no wonder that more than two thirds of our people believe corruption is high in government circles.”

The TI report is like a measuring instrument that should help us see where we stand and the direction we must follow.

In fact, the Germany-based anti-corruption organisation has been putting out international corruption reports since 1995, warning that there is a “very strong significant correlation” between corruption perception and corruption prevalence.

Its researches have highlighted that a high percentage of corruption perception in government often links to low levels of transparency and accountability, weak oversight institutions and stunted economic growth.

Furthermore, TI officials and other development experts have also pointed out that, “one key lesson from the last 30 years of development efforts is that the progress in poverty alleviation in the world’s poorer countries with high level of corruption and weak institutions has not been substantial and/or sustained.”

While things are still very hot, as far as COP26 climate action negotiations go, we need to be reminded that the protection of our natural environment and biodiversity will not work if public officials are easily bought through corrupt practices.

Corruption in government infringes the basic democratic principle of impartiality through the pursuance of personal gains and greed. Therefore, our public institutions and civil servants should carry out their duties in an impartial, diligent and lawful manner, as benchmarks for good governance, exclusivity and equality.

If a government is preoccupied with its own “personal gains” instead of acting on “public interest” and “common goals” then over time it may lose the trust and goodwill of the people and cause an erosion of their confidence in public institutions and the political system that governs them.

TI’s corruption report’s uncomfortable findings on Fiji should be accepted. More importantly it should be used as an important tool for influencing change and dictate a move towards clean governance.

Lately, our leaders have been known to be strong critiques of expert opinions. Not too long ago, the media was abuzz with news highlighting government’s disapproval of international research methodologies and findings of the 2019-20 Household Income and Expenditure Survey.

That displeasure ultimately resulted in the termination of Fiji Bureau of Statistics’ CEO.

Just recently there was disapproval over contents of a report published by International Institute for Democracy and Electoral Assistance (International IDEA) on political financing in Fiji. As a result, Fiji Elections Office announced it had terminated a MOU with the Sweden-based organisation.

In March, government also damned some of the findings of the US Government 2020 Human Rights Report on Fiji. One month earlier, it condemned a report by the University of the South Pacific Vice-Chancellor, Professor Pal Ahluwalia, highlighting the corruption at the regional institution.

We all know what happened to Professor Ahluwalia!

Instead of attacking the credibility of international and expert reports that may highlight gaps in leadership, our leaders should divert their efforts to cleaning up the mess they have contributed to creating over the past decade.

Being defensive over uncomfortable truths is a sign of a government that refuses to be held accountable and questioned.

Lastly, tackling the perception of corruption and its actual presence requires transparency, which in turn demands that the media is free, people are allowed to express themselves freely and the government is open and willing to be publicly scrutinised over any decision and action it makes.

Many times we’ve read, heard and seen examples where authorities made decisions without having proper consultation.

There has been public outcry in the recent past over numerous laws brought to Parliament without proper consultation, poor vetting and oversight. The lack of transparency in the way national policies have been introduced hastily and implemented without going through the normal oversight processes, will only create an atmosphere of suspicion and remorse.

Unaddressed, this absence of openness and tolerance creates suspicion and antagonism, and generates the perception that corruption, dishonesty and under the table dealings abound.

While studies have shown that corruption perceptions darken citizens’ evaluations of public officials, nonetheless, addressing it will enhance people’s faith in the status quo, public officials and state institutions.

Corruption is complex and no country is immune to it. It hinges on fostering accountability and good governance and adhering to the rule of law.

Despite the TI report’s unpleasant truths, it also holds some glimmer of hope.

It said over 70 per cent of respondents thought that ordinary people could make a difference in the fight against corruption.

That’s about two thirds of all Fijians believing that solving corruption rests squarely on them, and it can be done.

Until we meet on this same page same time next week, stay blessed, stay healthy and stay safe.