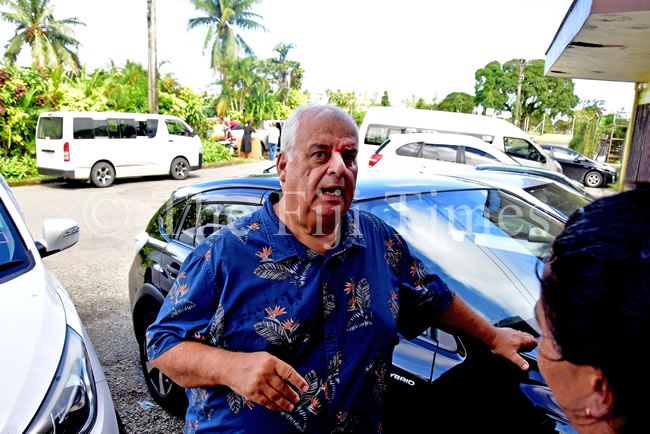 He made the comment in a Facebook post in response to Mr Raj’s comments in an article which was published in The Fiji Times on Saturday.

In the article, Mr Raj said Lautoka businessman Ben Padarath had the right to lodge a complaint with the FHRADC or alternatively raise his concerns in a court of law.

“But what about your powers under Section 30 which gives you the authority to investigate under your ‘own motion’,” Mr Beddoes said.

“Why wait for the arrested person to lodge a complaint first. You have the power to get stuck into this so why have you not done so?

“Are you not a tad bit interested given our recent scathing human rights abuses in Fiji contained in the US State Department Report to use your legal authority under Section 30.

“To at least ensure that the arrested person has been given their full rights under the law and the authority involved in this matter is in full compliance of the law?”

FHRADC director Ashwin Raj said Mr Padarath’s case could not be compared with others, like the victim of police brutality in the Naqia case – where the commission conducted investigations on its own motion.

He said the Naqia victim had no access to legal counsel and no one had lodged a complaint on his behalf.

“Ben Padarath, on the other hand, has access to a legal counsel with select media and politicians speaking vociferously on his behalf,” said Mr Raj.

“It is imperative that a court of law determines whether Mr Padarath’s right to free speech has been violated and whether his rights as an arrested, detained and accused person have been violated.”