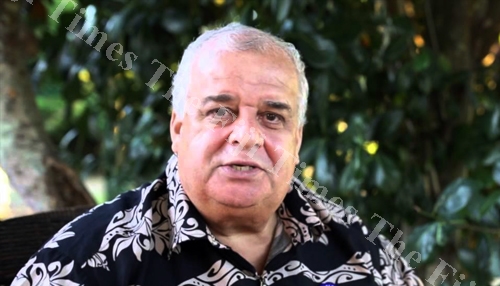 The former leader of the opposition Mick Beddoes. Picture: FILE

FORMER Opposition leader Mick Beddoes says he formally lodged a complaint with the Fiji Independent Commission Against Corruption (FICAC) last week against a former government minister on the 2010 award of a government contract without tender.

In a statement, Mr Beddoes said he wanted FICAC to investigate the awarding of a contract to accountancy firm Aliz Pacific in breach of proper procedures. Mr Beddoes said that there had been a breach of the Crimes Act.

Mr Beddoes statement follows a recent decision from the Fiji Court of Appeal dismissing a case brought by Aliz Pacific and one of its partners, Dr Nur Bano Ali.

They claimed that the Auditor-General had defamed them by criticising the award of a $500,000 consultancy contract without calling for tenders.

Mr Beddoes claimed that the Court of Appeal ruling had exposed “a clear abuse of power”.

“But unless we do something about it, then nothing will happen. So I decided to file a complaint and did that online on Wednesday night 15th January.”

FICAC has not responded to a The Fiji Times request for comments on Mr Beddoes’s statement.