Be Wary! We are The Fiji Times, not The Fijian Times 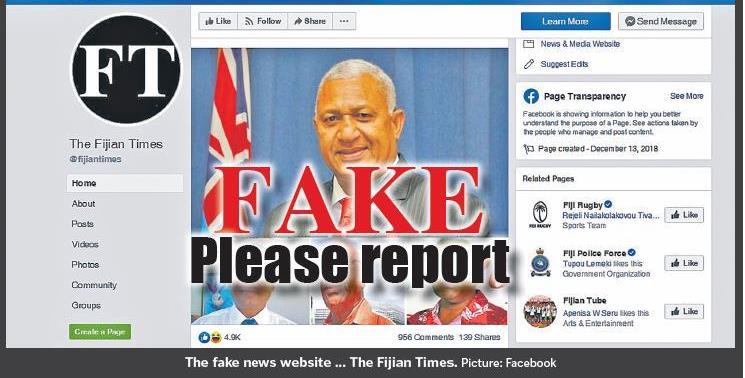 The Fiji Times is in no way associated or linked to the so-called “The Fijian Times” — a fake news site which is trying to pass itself off as this newspaper on Facebook, using a logo and hashtags associated with The Fiji Times.

It falsely claims (in its “About” page) to have been founded in 1820. This is another attempt to pretend that it is The Fiji Times (a 150-year old media business).

Articles in “The Fijian Times” carry no bylines.

Its owners and its editors are not identified.

Its news have a clear political slant.

The Fiji Times is an independent multimedia news organisation, registered in Fiji under the Media Industry Development Act and whose publisher and editor are identified in its pages every day.

Its contents daily meet a set of journalism standards that require accuracy, balance and ethical behaviour.

Its owners and reporters are accountable for the news that it publishes, including under the law.

An anonymous organisation on Facebook is the opposite of accountable.

People who consume news and other information must now take care not to be fooled by fake news organisations.

The so-called “The Fijian Times” is in this category.