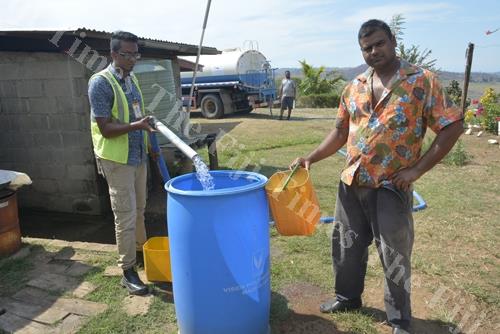 Motorists have been urged to remain mindful of water carting trucks that will be on the road this weekend. Picture: FT FILE

MOTORISTS have been urged to remain mindful of water carting trucks that will be on the road this weekend.

More than 100 trucks will cart water in affected areas after the planned shutdown of the Nagado Water Treatment Plant.

Water Authority of Fiji general manager customer services Sekove Uluinayau highlighted that motorists were asked to abide by the traffic rules and be patient as water carting trucks would cart drinking water to affected areas.

“To deliver water in a timely manner, WAF requests motorists to understand that more than 100 trucks will be moving around Nadi and Lautoka to cart drinking water to major services as well as to the members of the public who are affected by the Nagado water shutdown,” he said.

“There may be traffic congestion during peak periods, therefore, WAF seeks the co-operation of motorists.”

Members of the public have also been requested to report rude driver behaviour during the water disruption period to WAF, the Land Transport Authority (LTA) or police.

The water shutdown will be from September 29 to October 2.

Meanwhile, WAF has begun placing water tanks around parts of Lautoka and Nadi.