Be aware of your children’s whereabouts, urges MP 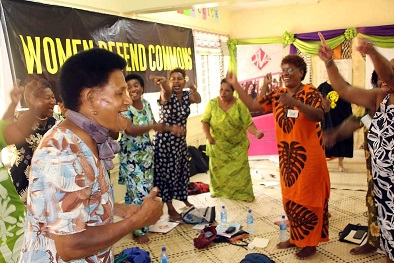 PARENTS and guardians have been advised to be wary of their children’s whereabouts during this school holidays. Minister for Women, Children and Poverty Alleviation Mereseini Vuniwaqa said parents needed to know what their children were doing and whose company they were in at all times.

Mrs Vuniwaqa has also reminded parents and guardians that they were legally bound to ensure their children were safe and out of harm.

“Children will be children and they are most vulnerable when left unattended as this is when they get exposed,” she said.

“As children, they become bored quickly if left on their own, therefore it is always advisable to involve children in more meaningful activities like swimming classes, sporting clinics during this school break.

“It is important that parents know whose company their children are in and that these people are trustworthy.

“Parents need to make the safety of children their top priority during this school holidays.”

Mrs Vuniwaqa said children were often seen walking the streets of towns and cities during the dead of the night and she has called on parents to be more responsible and take accountability of their young ones.

Meanwhile, Mrs Vuniwaqa was on Kadavu this week to open the Women Defend Common symposium.

More than 30 women from across the country converged in Vunisea, Kadavu in the past week for the symposium which ended yesterday.