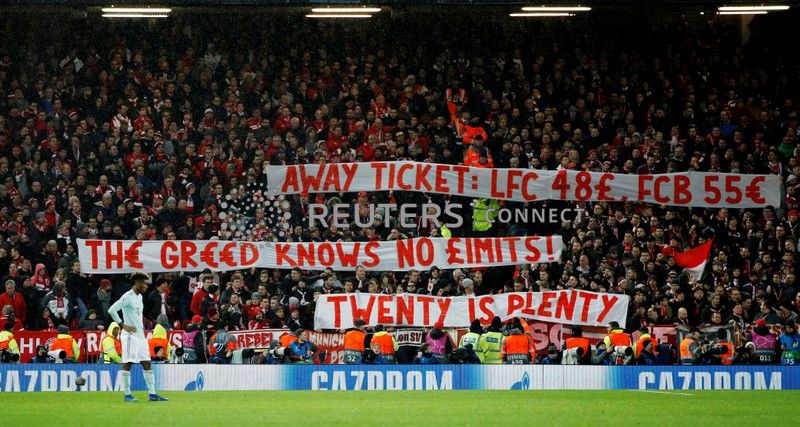 (Reuters) – Bayern Munich fans protested against the cost of Champions League tickets by unfurling banners during the first leg of their last-16 tie at Liverpool on Tuesday with the supporters of the Premier League club also backing them at Anfield. Earlier this month, Premier League clubs had unanimously agreed to keep the 30 pounds […]