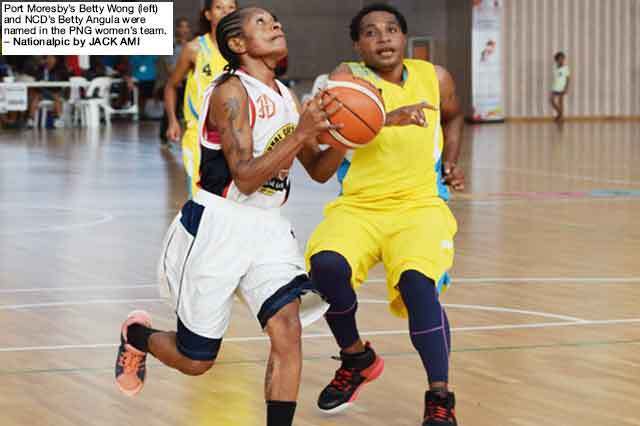 The Basketball Federation of PNG has named its squads for the Pacific Games in Apia, Samoa in July. Picture: THE NATIONAL

PORT MORESBY, 03 APRIL 2019 (POST COURIER) – The Basketball Federation of PNG has named its squads for the Pacific Games in Apia, Samoa in July.

BFPNG president Nick Daroa announced the names of the players after the selectors met with the PNG Olympic Committee Justification Committee last Monday (April 25). The training squad was also confirmed.

The reserves are Sarah Amos, Esther Tomerop and Mary Cindy Elavo. New players were brought in to replace athletes in the 3×3 teams after they were ruled ineligible by FIBA.

“We will be holding another 5 on 5 and a 3×3 camp shortly to name our final squads for the Pacific Games in July.”

In an email earlier last week, BFPNG chief executive officer Stephen Damien said the final men and women’s teams for both the five by five and three by three team version of basketball will be subject to the PNG Olympic Justification Committee approval, including athletes’ attendance at training and their ongoing fitness testing.

“The BFPNG is confident that with the right preparations, all four teams are in the hunt for medals and a podium finish,” Damien said.

After screening players, the BFPNG has named its final 12 men and women’s teams which also include shadow players.