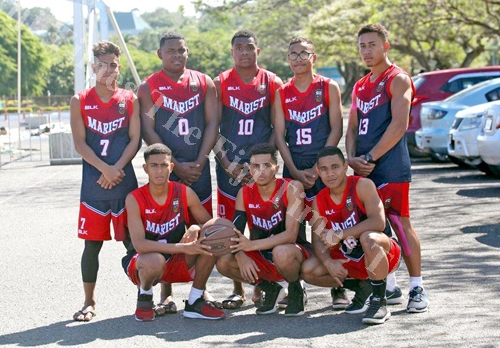 “I REMEMBER feeling lost, I didn’t know what was happening.”

These were the words of 18-year-old Dylan Isireli as he looked back on his journey as a person living with rheumatic heart disease (RHD).

The Year 13 student of Marist Brothers High School (MBHS) said he remembered getting very sick as a child with fever and a very sore throat before he was diagnosed with acute rheumatic fever and started receiving benza injections every three weeks.

“I was admitted to (the) hospital and had other tests done. My mom must have felt lost too,” he said.

“All I remember was being told that I had to keep taking these injections for a long time. Later on I was diagnosed with rheumatic heart disease (RHD).”

Dylan said after being diagnosed, his doctor had advised his parents to restrict him from contact sports.

“My mom made me stop playing rugby, which I loved. It was hard being told I wasn’t allowed to play rugby.”

He, however, found another sport he was good at. “I started playing basketball three years ago, it was another chance to play sports and I grew to love it.”

His love for the sport was such that he consistently represented MBHS for the past three years.

His coach, Manoa Puamau, said Dylan was a good player. “To be honest, he’s the last person I’d have thought to have a heart condition. He’s very active, very fit.”

Dylan is able to play and excel at top school and club level basketball because he takes his monthly benzathine penicillin, commonly known as benza, injections.

The role of the treatment is to fight off the group A streptococcus bacteria that started off the cascade of events leading to acute rheumatic fever (ARF) and rheumatic heart disease, and also prevent further heart valve damage.

People living with ARF and RHD are required to take benza injections every three or four weeks for a minimum of 10 years.

“It’s sometimes a hassle having to go every month for my injections,” he said.

“Last year I stopped taking it for about six months, just didn’t feel like it. My mom had to persuade me to go back, have a review, an echo and start taking it again.

“I have since learnt the importance of taking my injections, it’s my protection and keeps my heart well and not have further damage.”

Dylan would like to pursue a career in civil or computer software engineering after completing high school.

His advice for other young people who are living with RHD is that RHD does not have to limit them from continuing to do what they loved.