Barty sweeps into fourth round at Australian Open 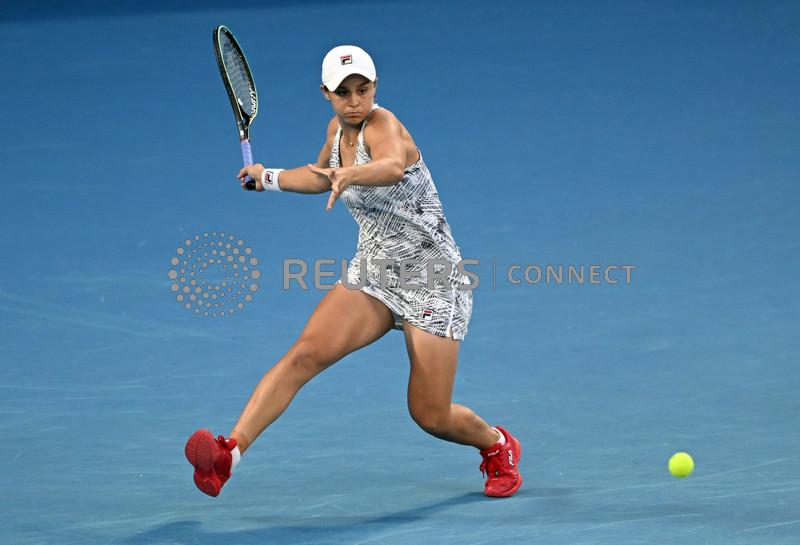 MELBOURNE (Reuters) – Ash Barty cantered past Camila Giorgi in just over an hour at the Australian Open on Friday to set up a potential blockbuster fourth round tie against defending champion Naomi Osaka.

The world number one, who is aiming to end Australia’s 44-year wait for a homegrown champion, was in dominant form in her 6-2 6-3 victory over the Italian on Rod Laver Arena.

After an early break, the 25-year-old Wimbledon champion fended off three break points to go 5-2 up in the opening stanza and then broke Giorgi to seal the set.

A break for 4-2 put Barty in charge of the second set and three games later she was bathing in an ovation from the centre court crowd having secured her place in the last 16 at Melbourne Park for the fourth straight year.

“I thought tonight was really clean, I looked after my service games really well,” said Barty.

“I was able to keep the momentum going, make returns when it mattered most at the important moments, pretty good performance I think.”