Barty pulls out of Sydney event ahead of Australian Open 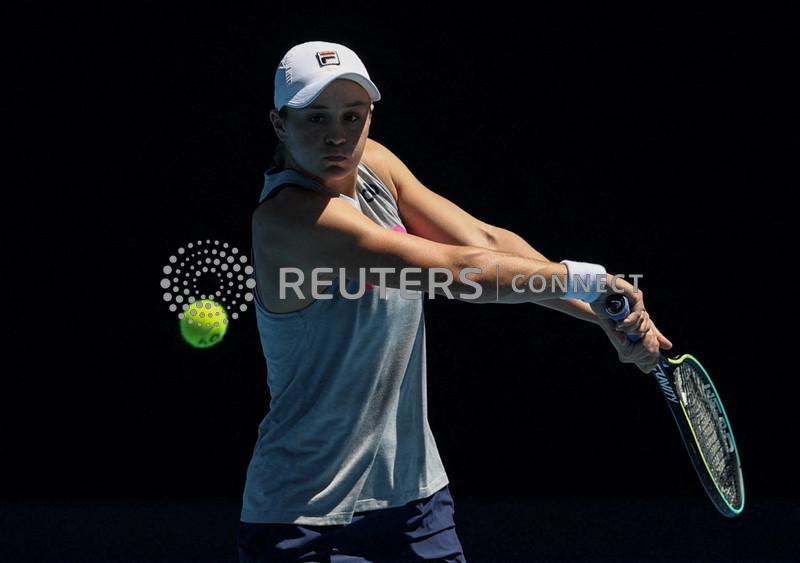 SYDNEY (Reuters) -World number one Ash Barty pulled out of the Sydney Tennis Classic on Monday to give her time to recover for the Australian Open, which starts next week.

Barty won the Adelaide International singles title on Sunday with a 6-3 6-2 victory over Elena Rybakina before partnering Storm Sanders to the doubles title.

“Unfortunately, I’m withdrawing from the Sydney Tennis Classic to have some time to recover before the Australian Open,” Barty said in a statement.

“I’m sorry I won’t get the chance to play in front of the Sydney fans this year, I hope to see you all again soon. I wish the players and the tournament team all the best for the week ahead.”

Before her return at Adelaide Barty last played competitively at the U.S. Open in September. She appeared rusty in her opener against Coco Gauff but the 25-year-old told the WTA website on Monday she was happy with her progress.

“I felt my serve was a bit of a dominant factor,” Barty said. “I think through that first match with Coco I struggled with rhythm a bit and found it towards the end of the second set and start of the third.

The Australian Open, the first Grand Slam of the year, begins on Jan. 17.