Barrett back to flyhalf, Ioane in line for debut 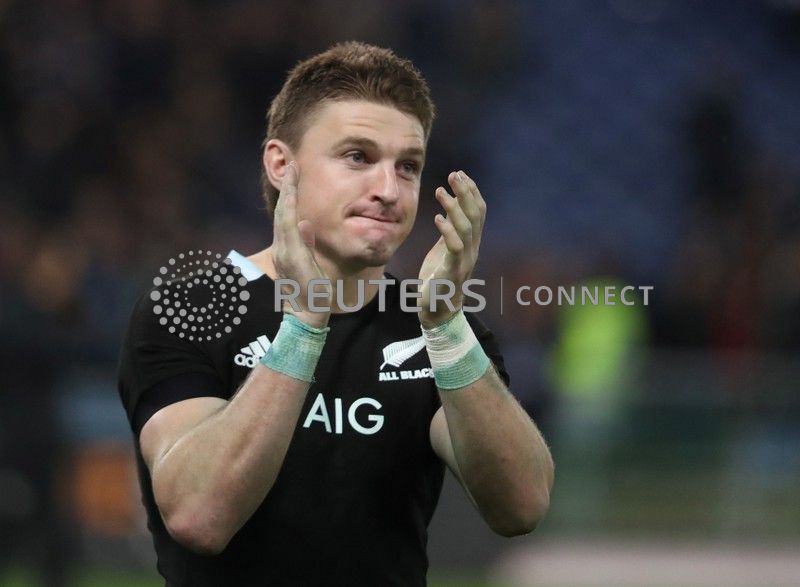 WELLINGTON (Reuters) – Beauden Barrett has reverted to flyhalf after playing the last three tests at fullback for the All Blacks’ final match before the Rugby World Cup when they face Tonga in Hamilton on Saturday.

Barrett will take back the number 10 jersey from the injured Richie Mo’unga with Josh Ioane, who is not in the World Cup squad, likely to make his test debut from the bench against the Pacific islanders.

Coach Steve Hansen had named just two specialist flyhalves for the World Cup and Ioane had been widely expected to play the Tonga game after Mo’unga injured his shoulder against Australia last month.

Hansen said he would not risk the flyhalf against Tonga if not fully fit.

Ben Smith, who has struggled to have an impact on the wing, has shifted to his preferred fullback spot, forming a back three with wingers Sevu Reece and George Bridge.

Ryan Crotty has also returned from a broken thumb that kept him out for two months and will partner Anton Lienert-Brown in the midfield.

Hansen made three other changes with hooker Codie Taylor, loose forward Matt Todd and scrumhalf TJ Perenara elevated to start after they came off the bench against the Wallabies.

“It’s great to get the squad together and start preparing for what will be a great match against Tonga,” Hansen said.

“We know the Rugby World Cup is just around the corner, but we are focusing on ‘right here, right now’.

“Tonga will be targeting this game in a bid to build momentum into their Rugby World Cup campaign, and so are we, as it’s going to be important for both teams to head into the tournament with confidence.”