Banned pesticides no longer on shelves 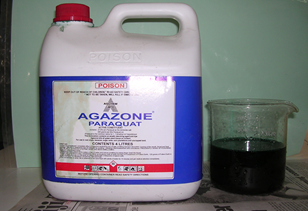 Banned pesticides of Paraquat and Imidacloprid are no longer found on shelves. Picture: SUPPLIED

Banned pesticides of Paraquat and Imidacloprid are no longer found on shelves in any shops in Fiji.

The information was highlighted at the ‘Plant Protection and Plant Health Clinic’ training held in Levuka, Ovalau.

During a presentation at the training this week, Ministry of Agriculture Senior Technical Assistant Pesticide Registration, Ashveen Lata, informed agricultural officers from the Eastern Division that since January 1, 2020 checks conducted found that the two banned pesticides were no longer available in the stores around the country.

She said another recent discovery they made was retailers now complying with the Fiji Pesticides Act in terms of storage.

“It has taken years and only after continuous awareness with retailers that they are now complying with Act and properly storing pesticides,” Mrs Lata said.

The surveys, she said, were conducted annually with retailers who sold pesticides to create awareness on the safe use and sale of pesticides.

She said these awareness raising sessions were important because of the harmful nature of the pesticides especially to those who frequently worked with it.

“We have seen the harm pesticides can have on human beings and animals when not used correctly, like skin and nail decay, in addition to causing environmental impacts. That’s why we conduct these awareness and surveys so that retailers, farmers and everyone else who use these products take the necessary precautions,” Mrs Lata said.

The training is conducted for Agricultural officers based in the Eastern Division specifically from Moala, Kadavu, Cicia, Totoya, Vanuabalavu, Lakeba, Gau, Koro and Ovalau.