Bank reaffirms its confidence in the local economy 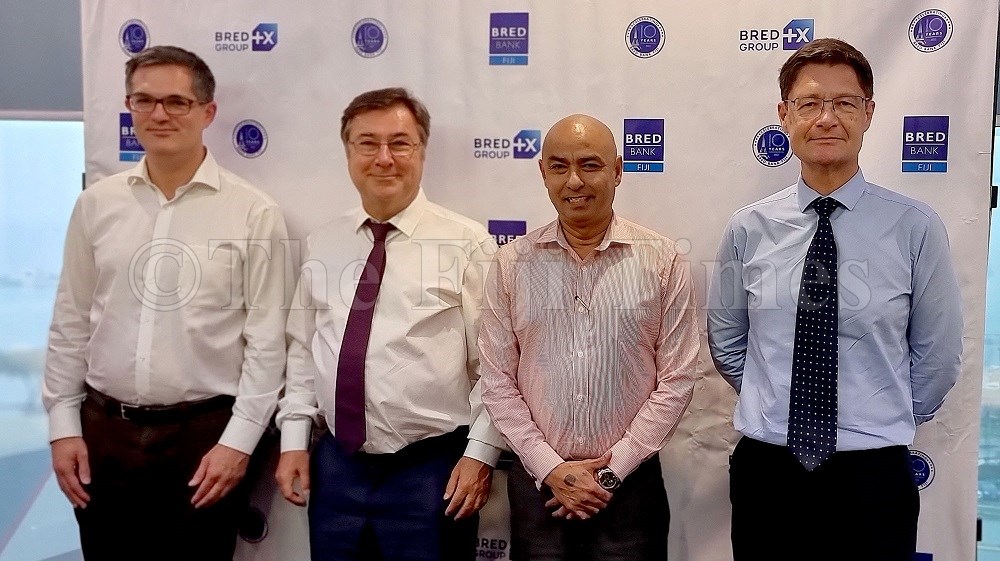 This year BRED Bank Fiji marks its 10th year anniversary with a commitment of further investments in its Fiji operations.

BRED Group chief executive officer Olivier Klein, who is in the country, met the bank’s corporate clients, mainly larger company CEOs who provided their views on the economy and their confidence in the economy.

Mr Klein said BRED Bank Fiji had experienced accelerated growth in the past two to three years which also showed their commitment to the Fijian economy. ”

“We are celebrating our 10th year anniversary and we are happy because our bank has grown very well over the years – even more so in the past two to three years with accelerated growth.”

Mr Klein said over the years he had noted an improvement in the various sectors of the economy in Fiji with room for further growth.

He said one of the sectors that had developed a great deal over the years was the distribution sector, followed by the agriculture sector and tourism.

While competition among the banks operating in Fiji was tough, Mr Klein said they had increased their market share from 6 per cent to more than 12 per cent in the past few years with an outlook of further growth.

Meanwhile BRED Bank Fiji CEO Thierry CHARRAS-GILLOT said they would continue to reinvest their profits in the country with plans to open a new branch in Sigatoka.

He said they had recently invested more than $1 million and installed automated deposit machines at their branch in Lautoka with plans to roll out the facility in their other branches around the country.