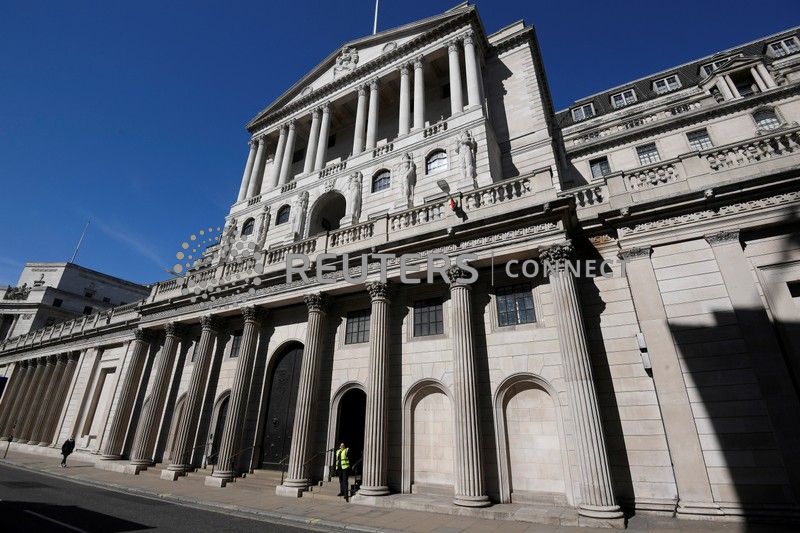 LONDON (Reuters) – The Bank of England (BoE) has told banks and insurers to press ahead with analysing the impact of climate change on their operations, saying that guidance published on Monday would be followed by targets next year.

The guide drawn up by the Climate Financial Risk Forum (CFRF), which was set up by the BoE and Britain’s Financial Conduct Authority last year, is the first of its kind and sets out how financial firms can analyse and disclose risks from climate change and spot opportunities for new consumer products.

Sarah Breeden, the BoE’s co-chair of the CFRF, said firms should start on their analyses straight away using the guide that is based on best practice from firms.

“It’s much easier said than done. It takes time to develop,” Breeden told an online launch event for the guide.

The forum will reconvene next month to agree on strategy for next year.

“I expect this to include some sort of thematic work on data, on metrics and on targets,” Breeden said.

The sector is already facing increased demands due to the COVID-19 pandemic and other challenges such as ending the use of the Libor interest rate benchmark.

Daniel Klier, global head of sustainable finance at HBSC bank, said “tone from the top” was key to success. “It will only happen if you hear it from your leaders,” he said.

Capital rules for insurers needed “a little bit of a nudge” to make it easier for them to invest in climate-friendly projects, added Nigel Wilson, chief executive of Legal & General Group.

Breeden said that while guide did not have the force of mandatory rules, it does set out what the BoE expects from the firms it regulates.