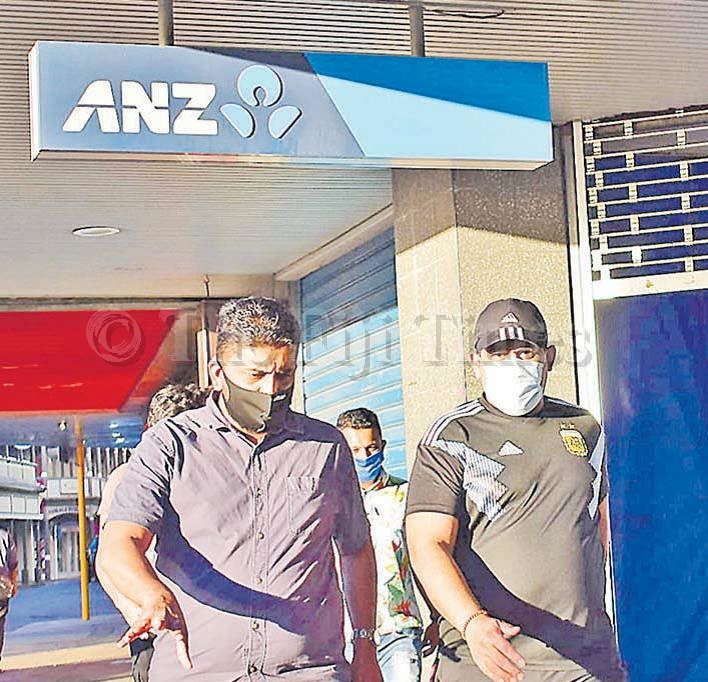 Members of the public pass by the ANZ Bank in Suva. Picture: JONACANI LALAKOBAU/FT FILE

Speaking during a webinar earlier last week, she said one of their mandates was to improve the financial wellbeing of the individuals and communities which they were a part of by helping them make the most of their money.

“And that’s the key mantra that ANZ wants to take forward, that is how do we improve the financial wellbeing through our tools and our advice,” she said.

“And you’ll see some really exciting news later on this year when we launch a new app that does that, that helps people better budget, and it will start in the Australian market.”

She said the Pacific Island countries are some of the most underbanked in the world and with low access to formal financial services and some Pacific countries.

“We need to deliver the right outcomes, but we also are running a business, ANZ as a commercial enterprise as well.

“For us to be profitable in the Pacific we need to overcome a number of unique challenges not only from a banking perspective but for our customers,” she said.

Ms Price said the amount of money which people were sending home as well, typically in smaller amounts, had regulations which came into play.

“You have to have the systems and processes in place to keep our communities safe to do that, you need to be set up to report suspicious transactions.

“So when you talk about cost, it’s multifaceted, it’s quite complex, and it’s not easy to solve for, people need to use wi-fi. So the cost of wi-fi and accessing it and the Pacific is still very high in cost, and you need that to be able to transact.

“So it’s not an easy problem to solve for in terms of lowering their costs but if you do it online, if you think about the amount that you’re sending home, then an online experience brings the cost down significantly in terms of fees and charges.”

She said they had removed their fees for remittances back in September, and they had seen a huge increase in volume.

“Now, this is twofold, one is because obviously the economic situation in the Pacific because it’s very tough at the moment.

“So communities are sending more money home to help people, but also when you remove a pain point such as a fee from the equation, people do send more money home.

“So we’ve been working to really improve financial literacy education through our money-minded program,” she said, which was a big part of it.

“And then putting the right tools and then getting people to use digital as well. And then that’s a seamless end-to-end process.”