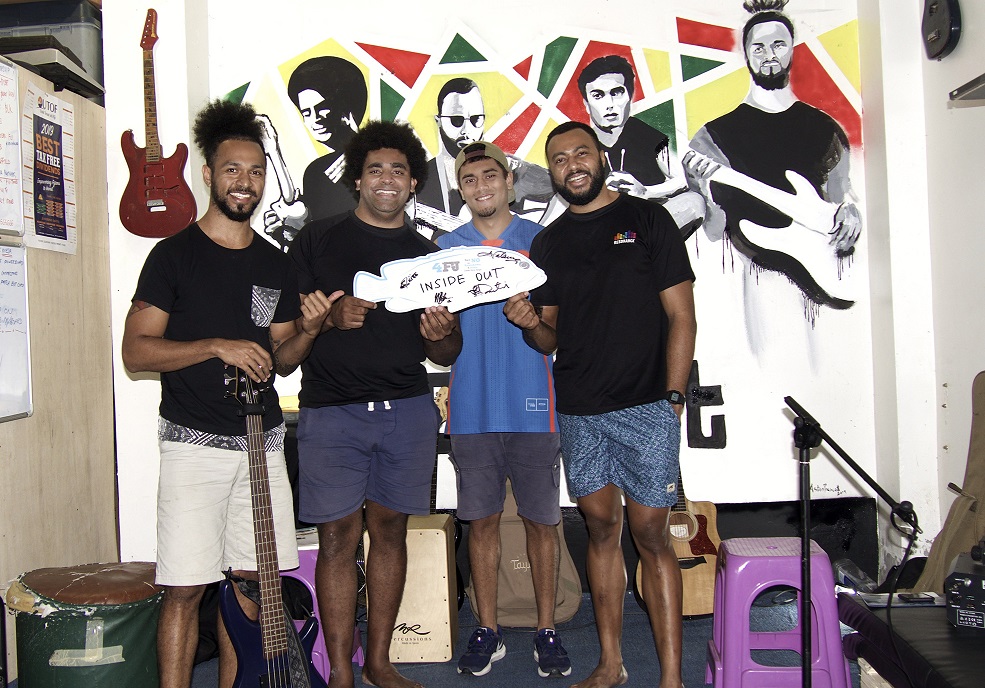 The band members of Inside Out. Picture: Supplied

FIJI’S rising band InsideOut has expressed its concerns regarding the kawakawa and donu ban through a pledge with the 4FJ campaign.

Band vocalist and guitarist Apakuki Nalawa said pledging was about giving back to the community.

“If only we could just have a little patience for four months. Let them breed and grow their population,” Nalawa said.

4FJ movement is a campaign founded in 2014 to request people to pledge to forego the fish during the peak spawning months.

“As kids, catching the fish while fishing or diving was like gold for us. But if we don’t preserve this species of fish there will be nothing left for future generations,” Dautei said.

Meanwhile, more than 20,000 people have pledged since its establishment.