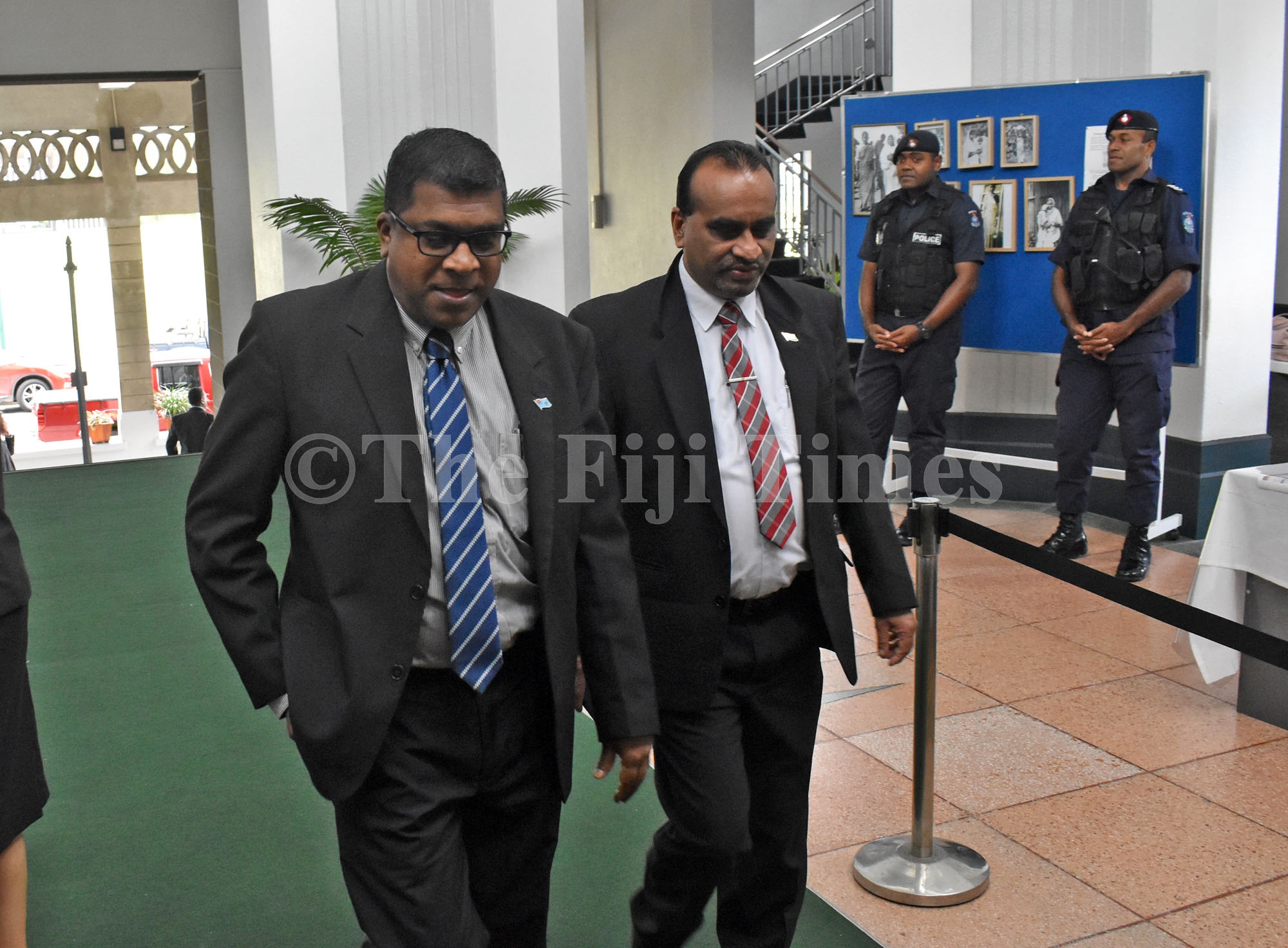 Minister for Agricuture, Rural and Maritime Development, Waterways and Environment Dr Mahendra Reddy with member of Parliament Sanjay Kirpal during break between sessions at the Parliament complex in Suva on Tuesday, May 14, 2019. Picture: JONACANI LALAKOBAU

THE Biosecurity Authority of Fiji has a put a ban on the import of animals from New Zealand and Australia.

This was confirmed by Agriculture Minister , Mahendra Reddy in Parliament this morning.

However , with efforts to revive the cattle industry, he said there was a need to import cattles from overseas.

Mr Reddy said the ban was put in place due to new series of animal diseases that pose a threat to Fiji’s dairy and meat.