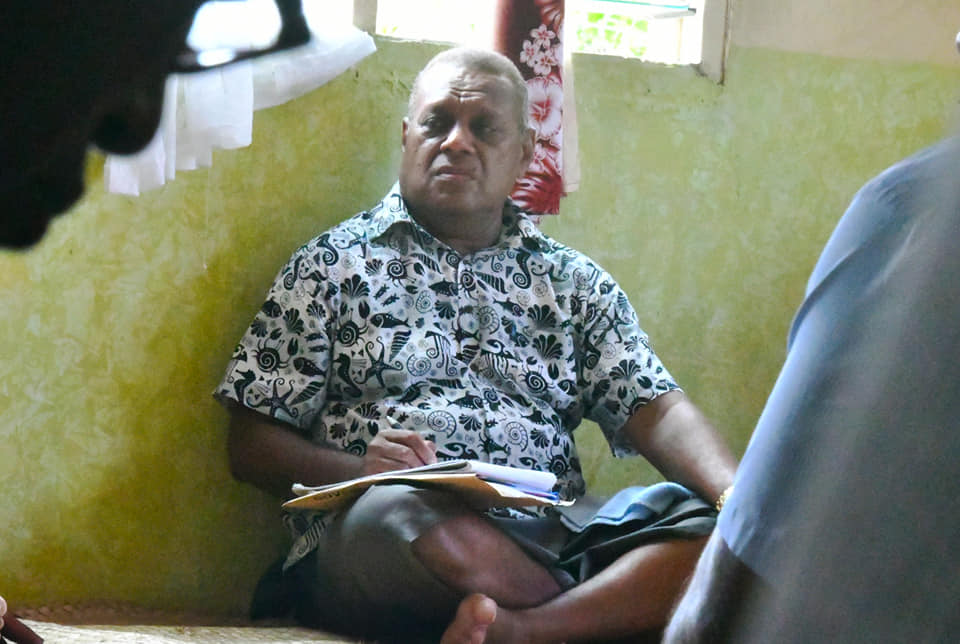 Commissioner Eastern Luke Moroivalu takes the lead role during the meeting with the Lau District Representatives at Levuka village in Lakeba. Picture: SUPPLIED

THE Prime Minister, Voreqe Bainimarama, is expected to officially open the Lau Provincial Council Meeting in the chiefly village of Tubou in Lakeba, Lau.

This is the first provincial council meeting on the island in 13 years, and already the island is in a hive of activities.

The PM will also have a talanoa session where a lot of issues are expected to be raised.

During the meeting with district representatives at Levuka village yesterday a lot of issues from the need to curb criminal activities, to improvement of health, education, road agriculture and sports facilities were raised.

While some concerns have been responded to and answered to by government officials on the ground others have been asked to refer queries to the PM during the talanoa session.

Yadrana District representative Wate Soko is calling on government to lift the ban on the harvesting and exporting of sea cucumber (bech-de-mer).

Mr Soko made the request during a meeting with government officials and all district representatives at Levuka Village yesterday.

“When Government initiated the ban it didn’t give us an alternative source of living. Most of us rely on the sea.

“Like for me I used to have 40 divers who have their families to look after. The ban has also contributed to rural to urban migration and I can say one of the reasons there are many people from Lau in prison is because of this ban. It’s the main source of income and has been taken away and they have to resort to criminal activities.”

An official from the Ministry of Fisheries responded that the ban remains. The Commission Eastern Luke Moroivalu told Mr Soko that he would need to raise this with the Prime Minister.